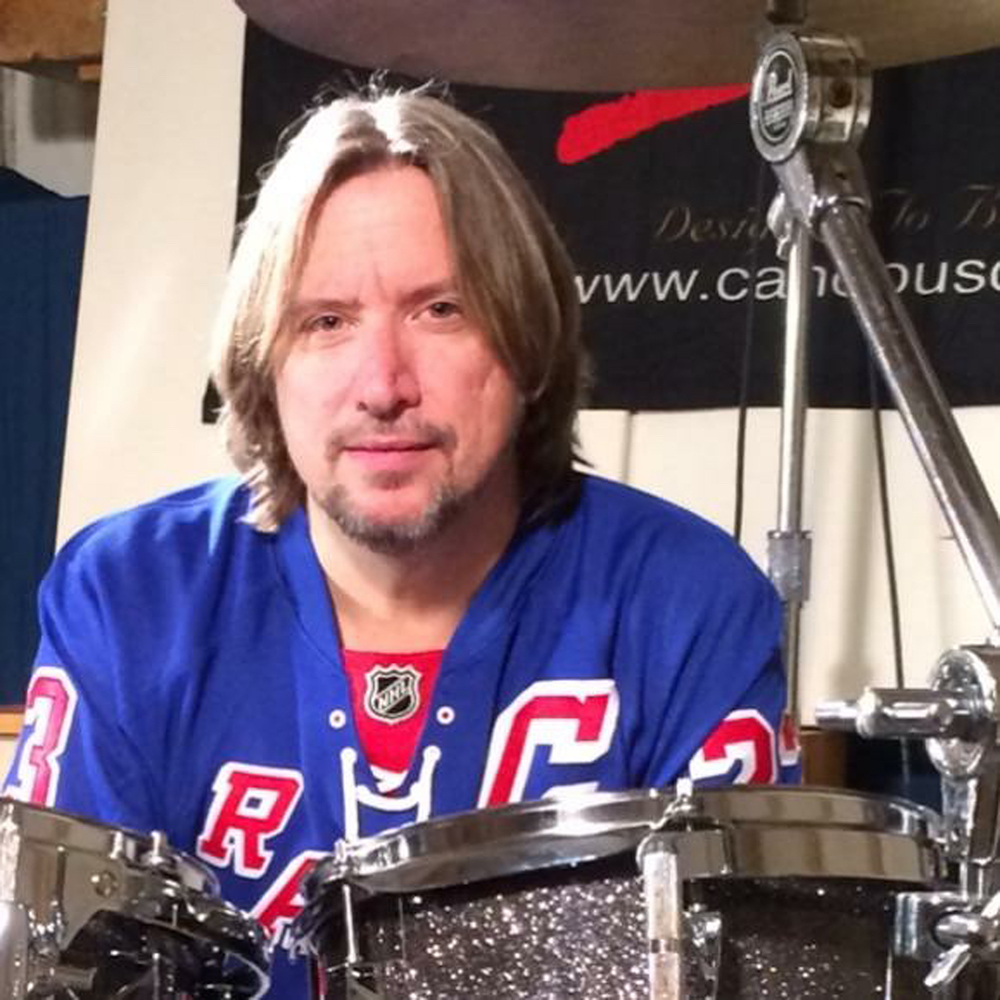 Hey MD peeps! This is a great honor for me to be able to tell some of my story. Like most of you, I first subscribed to MD at an early age (back in the mid-’80s, yikes!) when I was busy trying to be what I eventually became―a pro drummer.

Although I wanted to be Stewart Copeland, Jeff Porcaro, and of course my biggest influence, John Henry Bonham, I finally “settled” for playing with some of the members of these (my absolute favorite) bands—the Police, Toto, and Led Zeppelin.

I am currently living in the greater New York metropolitan area and touring throughout the year with the Hit Men. The band comprises five guys who have been fortunate enough to have either toured with, been members of, recorded, or worked with many of rock’s elite. Lee Shapiro from Frankie Valli and the Four Seasons (as well as Tommy James, Chuck Berry, and Gene Cornish) and Russ Velazquez (Carole King, Luther Vandross, Sting) are on keys, Jimmy Ryan from the Critters (Carly Simon, Elton John, Cat Stevens) plays guitar, and Jeff Ganz (Cheap Trick, Leo Sayer, Chuck Berry, the Village People) is on bass.

My first touring experience came in 1999, when I trekked through Europe with guitar phenom Andy Timmons. We did seven countries as a power trio with Mike Daane on bass and it was amazing.

Next, I did two winters with Trans Siberian Orchestra (West Coast band). These were the last two tours they did with acoustic drums. Even only playing small theaters and the occasional sectioned-off arena, this tour was something special.

In the summer of 2002, I was lucky enough to be recruited to tour with Jack Bruce (Cream), Todd Rundgren, Alan Parsons, Mark Farner (Grand Funk Railroad) and Christopher Cross, all together in an amazing package called A Walk Down Abbey Road. The show combined their biggest hits along with Beatles faves. What a blast doing “While My Guitar Gently Weeps” with Todd playing the original Clapton “Fool” SG while Jack played his famous EB3. The musical highlights from that tour were astounding.

At the conclusion of that tour, Alan asked the guitarist Godfrey Townsend and me to be a part of his new Alan Parsons Live Project lineup. We went on to tour in more than forty countries over the next eight years, performing Alan’s entire amazing catalog.

Since my run with the APLP, I have toured with the Turtles, Chuck Negron (formerly of 3 Dog Night), Felix Cavaliere, Denny Laine, Joey Molland, Gary Puckett, the Cowsills, Mark Lindsay, Eric Burdon, Spencer Davis, the Grass Roots, the Buckinghams, the Association, Dave Mason, Mitch Ryder, Jack Bruce (three separate tours), Micky Dolenz, Gary US Bonds, Steve Augeri (formerly of Journey) and many, many more over the last seven years. It has been an incredible ride—and I’m just getting started!

The best advice for you young drummers going for it is just that…go for it! Jam with everyone you can under the sun. You never know where something might lead or what you might learn.

Thank you to Canopus drums, Sabian cymbals, and Vic Firth. Thanks for reading and see you on the road!

Watch the music video for “You Can’t Fight Love”: