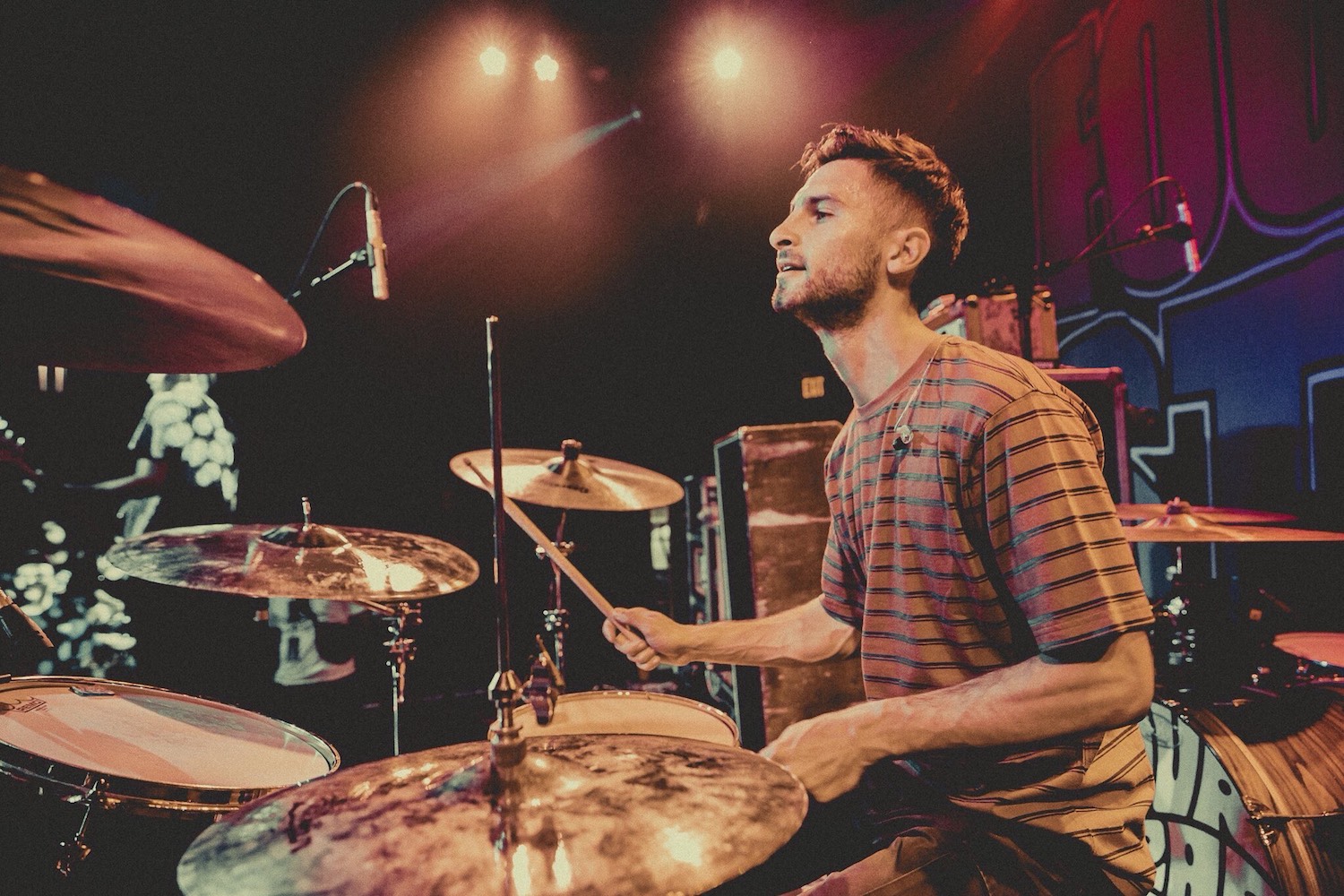 Hello fellow drummers! Thrilled to be here for this edition of “On The Beat.” I’m Ken Taylor and I play drums in Seaway, a band outside of Toronto, ON. We’ve been out doing some press and live sessions to promote our latest record Vacation.

My history as a drummer is quite brief, but somewhat interesting. I’ve played in bands since I was in the ninth grade, but Seaway is the first band I’ve played drums in. I was a vocalist in several hardcore and metal bands, and our singer was the drummer in all of those. I kind of stole his place in Seaway before our first practice, so he took the role of lead singer. That role reversal was the best thing that could have happened, and we’ve never looked back. Plus, now I get to sit down for the whole show instead of running around the stage.

My current setup is super simple. At home I play a Shine custom that was given to me by the incredibly kind (and pretty good drummer himself) Fred Armisen from SNL, Portlandia, and Late Night. On the road I play YC drums, which in my opinion is the perfect drum company. Not only are the drums high quality, but the customer service is insanely amazing and efficient, and I get to support a Canadian company run by my friend, Jordan Gauthier. He really goes above and beyond, and that’s why I will always play YC.

I play an assortment of Zildjian cymbals, which right now consists of a 21″ Sweet ride, a 19″ K Custom Dark crash, a 20″ K crash/ride, and 15″ Projection hi-hats. I also recently made the switch to Vic Firth and I’ve been incredibly happy with them.

In 2017 we toured Australia, US, Canada, and Japan. We also have a ton of tours and dates in 2018, so if you’re coming out to a show this year, come find me and let’s talk drums, Stephen King, or whatever you want to chat about.

Thanks to Modern Drummer for having me, and to all of you for reading this and seeing what I’m up to. Feel free to keep in the loop and check out some drum stuff on my personal Instagram/Twitter @lowerfaith.

Check out Seaway’s music, keep up with tour dates, or grab the record at seawayband.com.