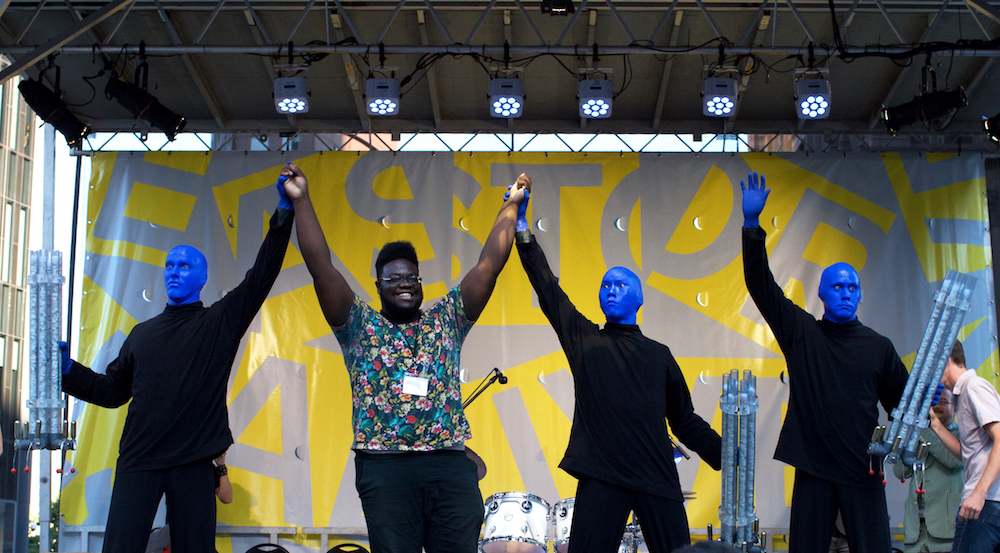 Robinson was up against two other drummers who also performed a live drum session in front of a panel of judges, made up of Blue Man Group musicians and performers. He was ultimately chosen based on his creativity, technical ability, unique style, and killer drumming skills.

The Blue Man New York Drum-Off is just the latest in a series of Blue Man Group Drum-Offs throughout the country, most recently the Blue Man Group Orlando’s Drum-Off held on April 22 as part of the Florida Music Festival. The fourth annual Boston Blue Man Drum-Off will be held this Saturday, September 30 at the Berklee Beantown Jazz Festival.

More information regarding the Blue Man New York Drum-Off can be found at https://www.blueman.com/newyorkdrumoff.