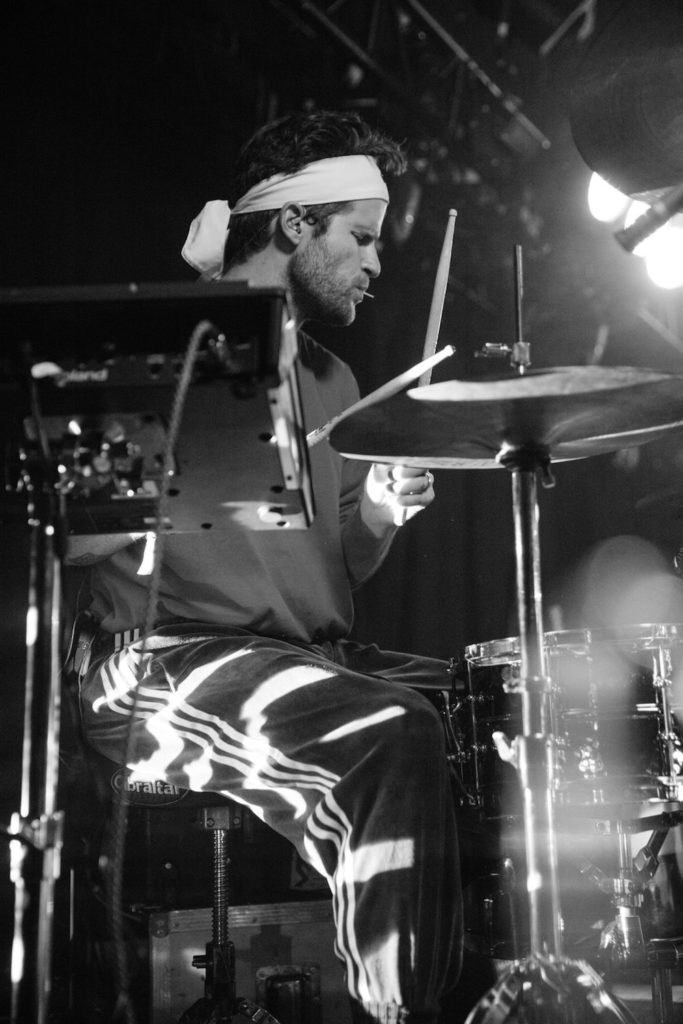 Hello, Jake here. Thank you for letting me share on this platform—I’m deeply honored. Modern Drummer has been in my life since I was eleven years old and I’m forever grateful for the stories and insights I’ve learned from this magazine. I love Modern Drummer!

A little bit of my background starts with getting a drumset when I was eleven after seeing the movie That Thing You Do. I wanted to be Guy Patterson and play in bands. My parents were awesome and smart enough to immediately put me in lessons. I started with Kevin Bonner from Sigler Music in Fayetteville, Arkansas. As I was taking lessons, I started playing at church and eventually started a band with my best friends called Very Special Guests. This elevated my love for music and making music with friends.

As my passion for drums grew, my mom got a call from my great aunt about coming to Nashville to take lessons from Chester Thompson at Belmont University. So, twice a year since I was in eighth grade my parents and I would drive from Bentonville, Arkansas to Nashville, Tennessee for a week of lessons with Chester. This would change my life.

Studying with Chester and visiting Nashville made it an easy decision to audition and get accepted into the school of music in Belmont. I majored in commercial music with an emphasis in music technology. Being in Nashville changed who I am as a player and person. I had a few years there in college when I said yes to every gig that came my way. I knew that I would learn how to adapt and how to serve as a drummer if I said yes to opportunities. I might not have been the best drummer or best fit, but I was the one who ended up behind the kit so I needed to be the guy they could count on. I learned a lot from my teachers at Belmont about serving the song and serving the gig you’re on.

I’d like to give thanks to Todd London, Chester Thompson, and Zoro for teaching me about knowing your role as a hired drummer. Sometimes your role is to be completely transparent, sometimes your role is to play out and shed a little bit but it’s important to know and understand your responsibilities. Each gig is different. Adapt. Be prepared. Be flexible. Be grateful to be there. Give your best.

Shortly before I graduated from Belmont I was doing some session work with a producer named Mitch Dane. Mitch was producing a friend of mine, Colleen McCarron and I was lucky enough to play drums on her project. Mitch was gracious enough to send my name along to Jars of Clay, which was looking for a fill-in for a weekend run of shows. What a gift that was! I would spend the majority of my next six years touring with the band. I have been lucky enough to play with great artists around Nashville but the majority of my time I’ve been touring with Jars of Clay, Ben Rector, Steve Moakler, and Clemency.

Toward the end of Jars’ touring years I started a band with my boys Les Priest and Paul Klein. This would become LANY. We started in 2014 and have been just about non-stop since day one. We are now embarking on a massive year of touring and releasing our debut record on June 30. We recently got back from a month in Asia, Australia, and Europe. We also have a great opportunity opening seven shows for John Mayer. That means we’ll get to watch and learn from Steve Jordan, Pino Palladino, and Mayer—our favorite players in the world. I could cry. Life is great. Love you all and thanks for reading.

and check out their debut album here: http://www.thisislany.com.