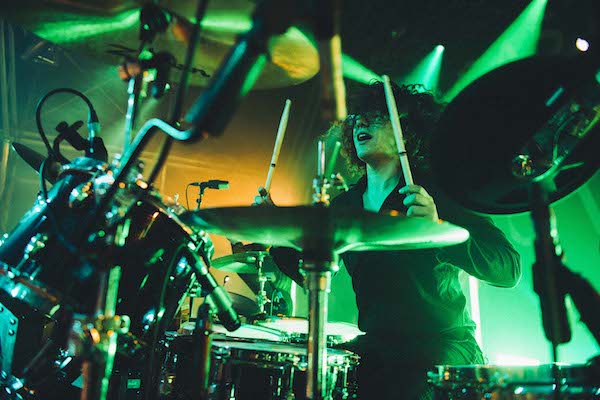 Hello there MD! I’m Bob from Catfish and the Bottlemen and we’re currently in the midst of touring for our second album, The Ride. This year is taking us everywhere and it’s nuts! Combine playing live music and travelling the world and you’re onto a winner.

A headline USA tour is coming up before festival season around Europe/Australia/Japan. Then we come back to the UK for some arena shows. We love spending time in the USA though, as we’re back to join Green Day on their seven-week stadium tour. That’s going to be big! Then it’s all about album three. 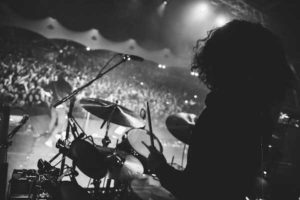 Although I joined the band almost seven years ago, it’s only recently I’ve realized how much I’ve changed as a player. I started playing at the age of three (classic pots and pans story) and growing up my focus was playing everything technically right and studying obsessively. I’m a pretty obsessive person; however, I was always longing to be in a straight up rock band, so when Catfish came along my playing adapted to the ethos of the band. The music is written with crowds and venues in mind and everything is about feeling the music and how the people in the audience are going to react to it. We just want to put on a real show and make people feel good!

We love playing shows! You can’t beat the feeling—it’s addictive and it’s all we know. Having any sort of downtime is more bizarre than being on tour. We started out living in a transit van for years playing pubs or any venue that would have us, so this year is such a massive reward. For me, this year is about embracing the venues as they get bigger, and being more in the moment to take it all in and keep performing continually better.

The whole drum community is pretty special too. Crossing paths with so many drummers who are also such good people makes the world a smaller place. My tech Joe Cox and myself love getting the drum hangs together on tour. Coxy is the man! We’re either talking drums, searching for drum stores in cities we’re passing through, or Coxy is on Craigslist trying to find a sweet deal.

My approach to playing is to serve the song, make it feel big, and get some funky nuggets in there!

If you fancy a gig or want to check out the band, click here: www.catfishandthebottlemen.com/

Watch the video of “Twice” here: