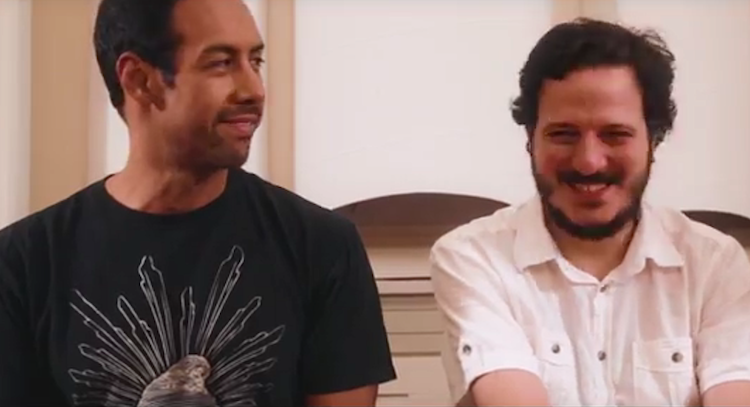 Multi-instrumentalist, composer, and bandleader Mehmet Ali Sanlıkol recently released Resolution. It’s the follow-up to his 2014 album What’s Next, a name that also applies to his shape-shifting jazz orchestra, which can be pared down to a combo, depending on his needs. Sanlıkol writes in both contemporary classical and jazz styles and draws heavily from Turkish influences.

For Resolution Sanlıkol recruited a roster of A-list guests to solo on the compositions, including clarinetist Anat Cohen, soprano saxophonist Dave Liebman, trumpeter Tiger Okoshi, and drummer Antonio Sanchez. Sanlıkol actually composed the musicians’ showcases with them in mind after he secured their commitments, rather than try to fit them into the music he had already completed. “I designed [the compositions] to make sure that it was these four specific artists that these pieces were written for,” he says. “This was not a project where I brought them in to blow.”

“I had the pleasure of meeting Mehmet Ali Sanlıkol a couple of decades ago, at Berklee College of Music,” Sanchez tells Modern Drummer. “I always remembered him as an avid and talented composer and a really nice guy. We tried a few times to do things together, but our schedules didn’t allow it until recently. I was very happy to hear from him last year when he asked me to record a couple of tracks on his upcoming big band recording. We caught up and he explained to me that he had been deeply immersed in Turkish music for the past few years, getting reacquainted with his roots.”

The two pieces that Sanchez played on comprise “The Niyaz Suite.” “Niyaz in this case refers to the Sufi influence,” explains Antonio, “and Mehmet’s input was invaluable for the writing of this piece because of his obvious knowledge on the subject. The first part, ‘A Jazzed Up Devr-i Revan,’ is based on a fourteen-beat cycle inspired by Mevlevi or ‘whirling’ dervish music. The dervishes always begin their rituals with this particular rhythmic cycle. In fact, devr-i revan is the name of this fourteen-beat-long cycle.

“Mehmet asked me to play an open solo to set up the piece,” Sanchez goes on, “so we actually begin the rhythmic cycle two minutes into the first track. There were two sizes of kettle drums playing along with the band: a large one and a small one. They’re like timpani but have copper bodies and camel skins. 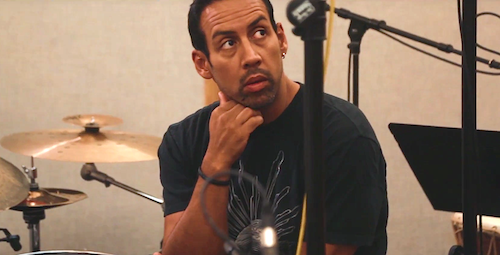 “One thing that I enjoyed quite a bit is that the piece gets bigger and bigger dynamically, and the drumming gets more intense as it develops. It begins with very light orchestration of the horns and the Turkish reed flute, the ney, with muted trumpet playing the melody. Then there’s a Continuum Fingerboard [keyboardless synthesizer] solo, which Mehmet completely killed, followed by a drum/percussion break. Some dervish chant samples were laid on top. Right after that you can hear the zurna, a very loud double reed instrument also played by Mehmet. I love the hypnotic nature of this piece. It actually reminds me a bit of the ‘Ravel’s Bolero’ effect due to the repeated cycle and ostinato eventually being decorated with harmony.

“‘An Afro Semai,’ the second piece in the suite, is based on a six-beat cycle that’s also performed in the rituals of the dervishes,” Sanchez continues. “Semai is also the name of this six-beat cycle. However, there are some African polyrhythm ideas in there as well, hence the title. The ideas are expressed even during the drum/percussion intro.

“The first half of this piece is as energetic as a progressive-rock record, with the zurna leading the way. I had fun playing some polyrhythmic ideas during the zurna solo. The second half of the piece contrasts the first half with the quieter, free, open trumpet solo. That solo is eventually accompanied by horn backgrounds, which help bring the energy back in to go to a short conclusion.

“I hope you enjoy listening to this recording as much as I had fun playing on it!”