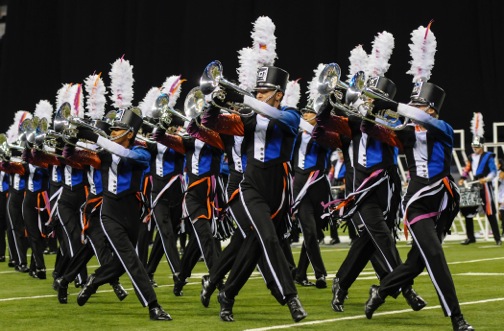 Drum Corps International announces its schedule for the 2016 DCI Summer Tour. The series of competitive events will visit cities and towns throughout the country while featuring more ensembles and individual performers.

2016’s schedule includes 113 shows in thirty-nine states where thirty-nine drum corps will vie for this year’s World Championship titles in Open and World Class divisions. The tour will make a return to Florida in July for the first time since 2012, and the season will include several milestones and anniversaries along the way.

DCI executive director Dan Acheson said, “The outstanding student musicians and performers in all of our drum corps will undoubtedly raise the bar even higher this year with their unmatched creativity and distinctive styles. We’re looking forward to showcasing their talents all summer at competitive events all over the country.”

Entering its forty-fourth year, the fifty-four day nationwide tour will open on Thursday, June 23 at Lucas Oil Stadium in Indianapolis, during a star-studded event that will be broadcast live to hundreds of movie theaters across the country. Featured groups will include several of the top finishers in 2015.

The official tour will then move across the US throughout the summer and culminate for more than 5,000 high school- and college-aged performers at the world’s biggest show in marching music, the DCI World Championships August 8 to 13 in Michigan City, Indiana, and in Indianapolis at Lucas Oil Stadium. The weeklong series will include competitions, exhibitions, and special events filling the streets of downtown Indianapolis beginning on Wednesday of DCI World Championships Week.

The season will feature events hosted in top-tier venues such as the Rose Bowl Stadium in Pasadena, California, Sports Authority Field at Mile High in Denver, Colorado, the Alamodome in San Antonio, Texas, and the Georgia Dome in Atlanta, Georgia. There will also be three regional championships in San Antonio, Atlanta, and Allentown, Pennsylvania. These expanded competitions help to determine the overall seeding and standings for competing groups going into the DCI World Championship Finals in Indianapolis.

Full show details, lineups, and tickets are available at www.dci.org/schedule.