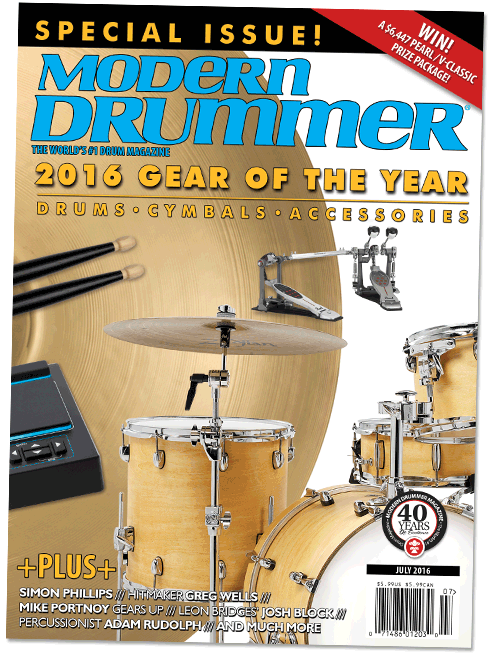 GEAR OF THE YEAR

The most compelling drums, cymbals, and accessories of 2016.

Musicians who find great success are often the ones who remain the hungriest for new experiences. This invaluable asset for the likes of Katy Perry and Pink certainly supports that theory. – by Stephen Belans

Complexity, variety, and individuality may define the percussionist/leader’s work, but spirituality guides it. – by Jeff Potter

His work with the proggy indie band White Denim always oozed with feel. So it’s really not that much of a surprise that neo-soulster Leon Bridges has put his grooves in Block’s hands. – by Jeff Ryan

GET GOOD: PLAYING ON TV

There are more variety shows than ever on television today. With these ten tips in mind, you’ll be ready when it’s time for your close-up. – by Mike Arturi

BILL WARD might not be traversing the globe with the rest of Sabbath’s original lineup during the band’s current farewell tour. But recordings like this one are forever. – by Michael Parillo

AN EDITOR’S OVERVIEW – Gear, More Gear, and Then Some!

Kit of the Month – Rocktopus