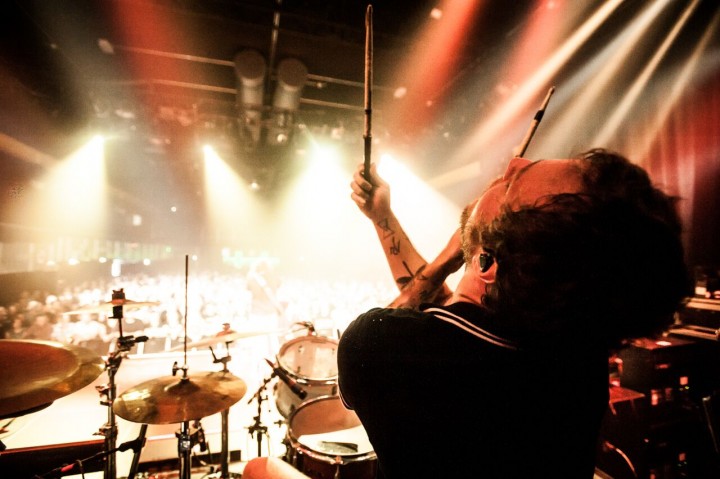 Hello Modern Drummer readers. Josh Eppard here. I thought I would touch upon a question we’ve all been asked a million times: “When did you start playing”?

I would assume we all answer this with the age that we picked up the sticks, which in my case was eleven years old, but that’s not the whole answer. When did I really start playing the drums? When did I begin to understand the immense and intricate subtleties of being a drummer? Well, for me I’d say at age fifteen. That’s when the energy of youth crossed paths with the first steps of experience and yielded a thoughtful player.

As a kid I wanted what most kids who play the drums want—to play fast and to fill every fourth bar because clearly the drums were the most important things. Duh. I gave little thought to propelling a song or making a chorus soar. That is until I met Robert Burke. His friends and colleagues know him as Chicken (or Chikwa—I don’t know anymore honestly). I’d already logged hundreds of hours in studios. By age fifteen my band, 3 we were called, was in the first rounds of what would become a record deal with Universal. Everyone spoke of this drummer Chicken who was in town and was just incredible. I was thrilled to watch him play and I remember thinking, Where were all the stop and go cymbal chokes? No triplets? He’s just, well, playing! I had no idea how important a pocket was or what it meant to be a melodic drummer who could hold a song up with his groove. I started learning that day.

Not a session goes by that I don’t pretend on some level to be Chicken. Years later, I found out that the producer we were working with at that time wanted to get rid of me. I couldn’t imagine how differently my life would have turned out if I’d been fired off my first record. It was Chicken who told him even though I was years younger than the other guys, it was me who added a “certain character” to the music. I have to thank Chicken for that. (Thanks dude!)

So I’m curious, drummers the world over—when did you start (really) playing?

For more, visit the band’s FB page at https://www.facebook.com/coheedandcambria.