In this video, Jack White demonstrates the details of his Dead Weather drumkit within the context of the band’s 2009 debut single, “Hang You From the Heavens.” This is the first of four technique- and instrument-based videos to come from the Dead Weather, each focusing on one of the band members’ takes on a particular song from the group’s catalog. Included are tracks from the forthcoming Dead Weather album, Dodge and Burn, out September 25.

White worked directly with Ludwig to design the unique kit featured in this video, which he directed. The ten-minute clip concludes with a live band performance of “Hang You From the Heavens” featuring an alternate drum beat, highlighting the techniques White discusses earlier in the video, and showcasing the band’s inner workings during live performances.

Stay tuned in the coming weeks for the subsequent three videos of the series from the Dead Weather and Third Man Records. 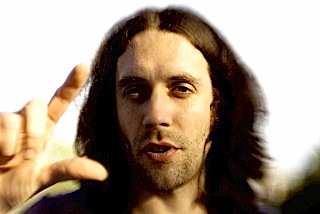