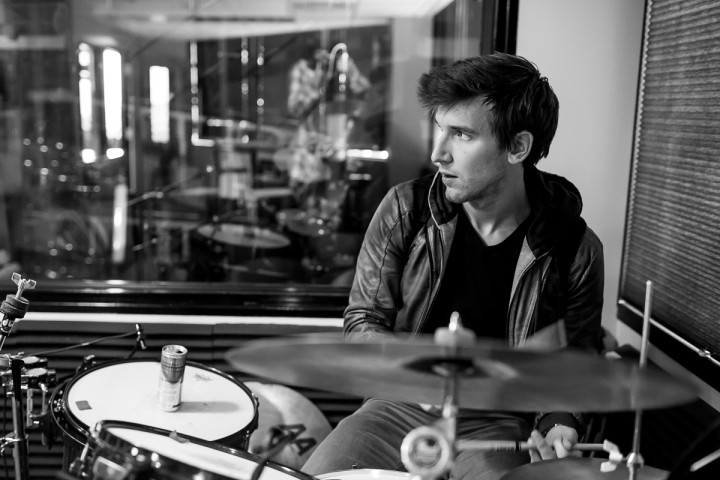 What up, MD readers! My name is Max Frost, and I’m a multi-instrumentalist, songwriter, and producer on Atlantic Records from Austin, TX. My career has had a broad focus but drums are my original, underlying obsession. I play drums on all my records (when necessary) and consider drum production the most essential part of a recording. As a simple pocket player and not a full time drummer, I’m humbled to be asked to write for you chops monsters!

From Led Zeppelin to Kanye to the Meters to Tom Waits, drums are more than the rhythmic bones of a song; they are the sonic identities of eras. A guitar, a sax, or a synth doesn’t provide the same genre context as an 808 kick or an old drum break. Drum sounds can take a track from the 1940s to 2014.

Today there’s less definition than ever to what’s “modern” as sounds have cycled over and over. I’m a constant student and experimentalist in trying to come up with fresh grooves/sounds. I think the only rule to follow with making great art is to have no rules. With that said, here are some guidelines I’ve found successful for producing great drum sounds in a studio setting. 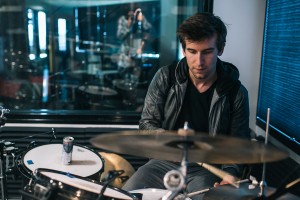 It all began with humans playing drums. Then we taught the machines. The only thing left to do is create sounds that use a combination of human-played acoustic sounds and electronic drum sounds. The electronics give it the slap while the played sounds give it the groove and unique flavor.

Since the birth of midi and software that correct playing, producers have favored quantizing drums to be exactly on time. But here’s the thing—perfect is boring. Imperfections are what give a groove movement, swag, and flavor. Hip-hop uses drum breaks for more than the sounds. Those breaks are behind, ahead, and all over the place. Human sounds more real. If we allow machines to flatten out the music we create, we might as well just create algorithms to create music and stop doing it ourselves.

More sophisticated recording technology does not always mean better sounds. I’ve yet to be in a session where a kit is loaded with fifty microphones all up close and heard a drum sound I loved. Put hi-fi drums next to John Bonham’s four-mic-set-up sound and it’s no contest. We only have two ears and we listen from at least arms length distance to instruments. Why would you mic it with fifty ears right up against the drums?

Here’s something I’ve never heard anyone say, “Dude those drums are way too loud!” I want to hear two things on a record: The person’s voice or lead instrument and the drums smacking me in the face like Mike Tyson. If you want booties to shake then keep it funky and keep it loud. Most modern pop songs you hear on the radio are mainly huge drums and a vocal.

Here’s a track I just released that I like to think embodies all of these principles. Thanks for reading and I hope this is helpful. Happy drumming!