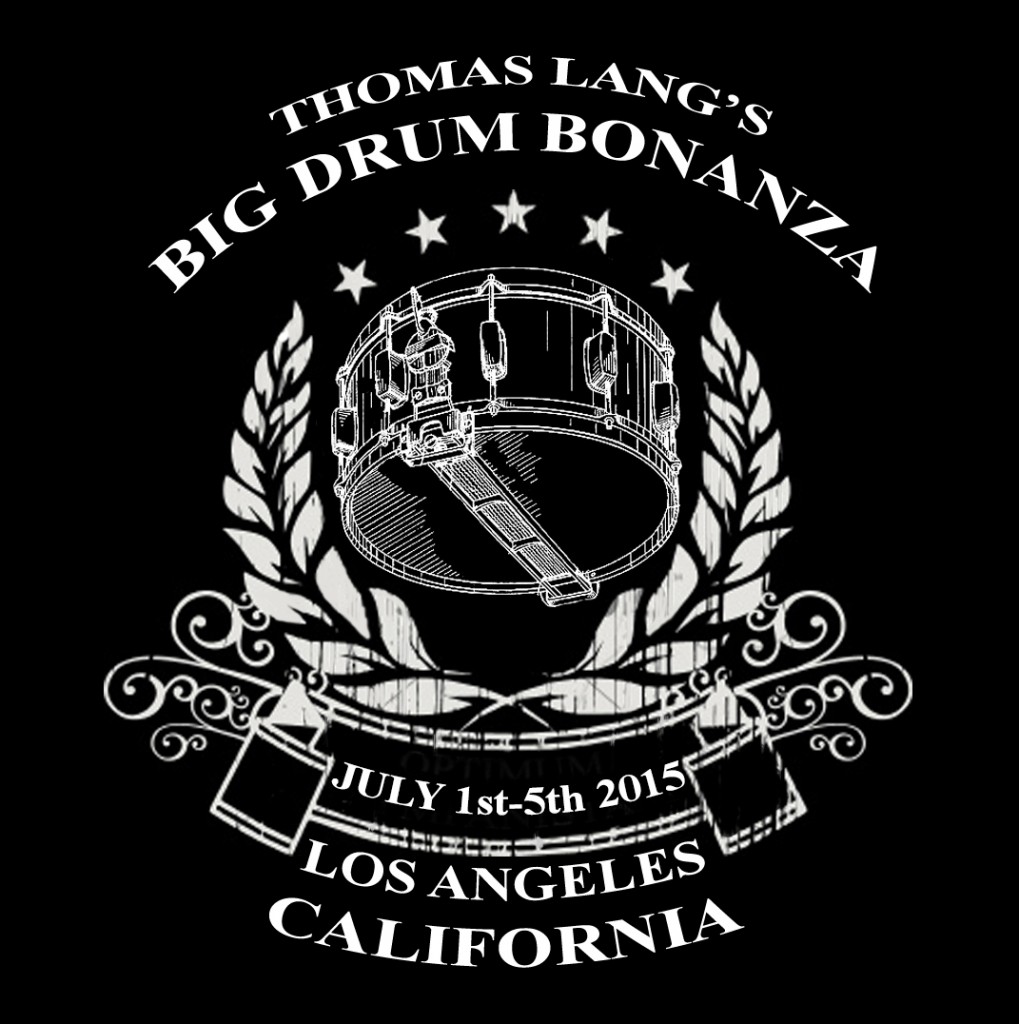 Lang and his special guest teachers will lead  daily schedules of intensive, hands-on drumming, master classes, Q&A sessions, performances, private lessons, and much more, in an exclusive setting that allows students to have maximum access to these acclaimed artists.

Presented by Muso Entertainment, BDB 2015 boasts not only an incredibly diverse lineup of world-class drummers but features the opportunity to enjoy a VIP tour of the Drum Workshop factory as well as participate in camp activities, including a live talk show–style webcast held at the Drum Channel studios.

“This is our fourth Big Drum Bonanza, and we are incredibly excited about this year’s lineup,” says Lang. “We have some of the best and most innovative drummers in the world at this year’s event, and we are proud to offer students a once-in-a-lifetime opportunity to play with and learn from some of the most acclaimed and talented drummers of our generation.”