Okayplayer Films followed Roots/Tonight Show drummer and Okayplayer founder, Questlove, as he journeyed to Havana, Cuba, where he engaged in extensive cultural research by digging up some classic Cuban-made vinyl and by visiting the legendary EGREM studios, where most of those classic sessions were recorded. Questlove also showed partygoers how he gets down, delivering two nights of DJ sets at Fabrica de Arte Cubano.

Also included is a brief cameo by Cuban salsa group Azucar Negra’s dance crew and a chance reunion between Questlove and Cuban hip-hop artist Brebaje Man, who opened for the Roots when they played Havana in 2002. That meeting led to a spontaneous freestyle and beat-box duet.

EGREM is the studio where the Buena Vista Social Club recorded its albums, not to mention numerous other legendary Cuban bands, including Los Zafiros, Barbarito Deiz, Omara Portuondo, and Chucho Valdez. (Famous US artists such as Nat King Cole also recorded there.) Due to the embargo, American artists have been forbidden to records albums with Cuban artists since 1959. Most forms of collaboration on the island violate the Trading with the Enemy Act, thereby resulting in large fines for Americans. These laws have effectively prohibited collaboration between Cuban and US artists for fifty-five years.

After the Cuban Revolution in 1959, all Cuban culture, including the record industry, was nationalized. This means Fidel Castro shut down Panart studios in 1961 (originally founded by Cuban owner Ramon Sabat in 1944). Between 1962 and 1964, it was renamed the Imprenta Nacional de Cuba and acted as the only legal Cuban label. In 1964, it was re-named EGREM, absorbing the assets of Panart.

In the 1990s, young Cubans created illegal antennas improvised out of wire hangers and coke cans, mostly on the roofs of homes in Alamar, which happens to be the birthplace of hip-hop in Cuba. In spite of the embargo, American hip-hop, soul, and rock continued to seep into the country through these guerilla antennas, thereby spawning a mixed tape market.

Watch the mini-documentary “Quest For Cuba!”: 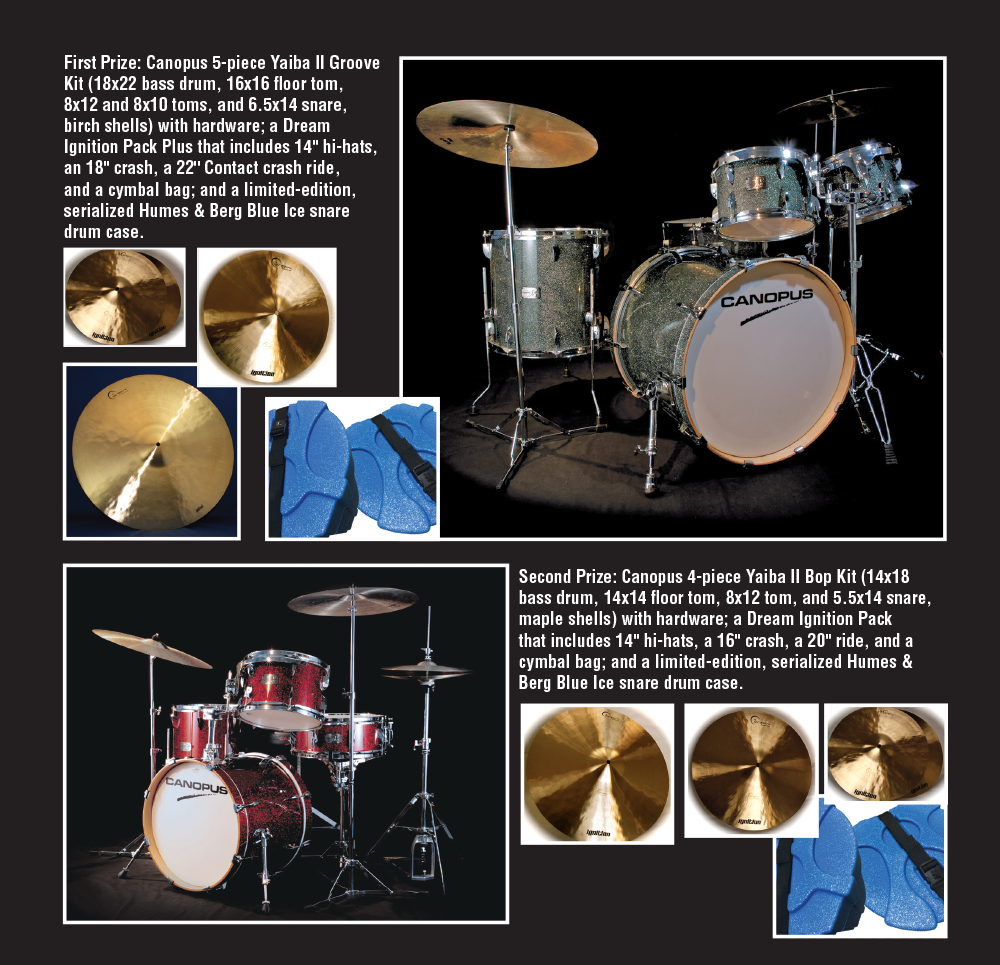 Be a Winner in the Canopus Drums, Dream Cymbals, and Humes & Berg Contest