Gavin Harrison, drummer for British prog band Porcupine Tree, has announced a new solo album of rearranges songs from the acclaimed Porcupine Tree repertoire, Cheating the Polygraph, due out in North America on April 14 via Kscope. 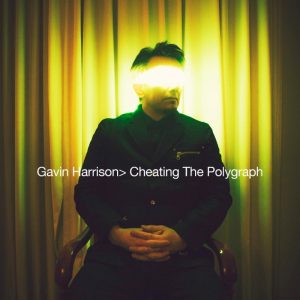 The tracks were recorded over a five-year period, with Harrison working in conjunction with saxophonist Nigel Hitchcock and bass player Laurence Cottle. Harrison’s use of the big band format isn’t an attempt to make a swing album; it’s closer in execution and arrangement to the innovative works of Frank Zappa and the Mothers of Invention—a layered, richly textured selection that’s beautifully recorded and incisively delivered.

“I think every album needs a focus, a master plan, and whilst I thought about writing new tunes for a big band project, I made a version of Porcupine Tree’s ‘Futile’ (with Laurence Cottle) and it came out really well,” comments Harrison. “It felt like a good plan to follow on with some of my personal favorite PT songs and see if we could make them work. I had a vision that the arrangements would never lean towards a clichéd classic big band sound, but always follow a modern contemporary angle. So even if you didn’t know the original tune, you could still enjoy it as a modern composition that would work with this instrumentation. I couldn’t be happier with the results. Laurence Cottle’s immense talent as a musician and arranger was mind-blowing.”

Cheating the Polygraph can be pre-ordered now through the Kscope web-store at www.kscopemusic.com/store.

A Cheating the Polygraph album trailer can be seen on YouTube here and Vimeo (below).