In this video from NAMM 2015, Natal’s Josh Touchton walks us through the company’s new offerings for 2015.

Natal has debuted a new mid-level drumkit, called Arcadia. The shells are birch-over-poplar, and two colors are available: transparent cherry red and transparent black. It also has many of the same professional features as the high-end Original Natal kits, and hardware is included.

Natal will be introducing differently configured kits in shorter runs this year. For example, the setup shown with shorter tom sizes and maple shells is one of only fifteen in the world. Only five of them will be available in the U.S. for the year.

For higher-end kits, Natal will no longer include a snare drum, but the toms will include Remo Emperor batter heads, and the bass drum will come with a Remo PS3 batter. Single tom mounts are included for all of the kits.

The NAMM Show 2015, a trade-only event for the music products industry, was held January 22-25 in Anaheim, California at the Anaheim Convention Center. For information on NAMM 2015 visit the official NAMM website here. For more on Natal Drums visit their website here. To see other videos and coverage of NAMM 2015 from Modern Drummer click here.

To see other videos and coverage of NAMM 2015 from Modern Drummer click here.

Bonzo’s Birthday Bash Scheduled for May 31 at the House of Blues in L.A. 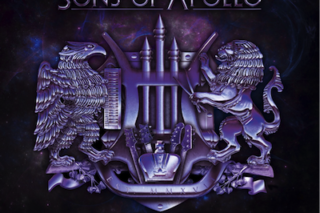 One more week until the release of the new Sons of Apollo album ‘MMXX'!