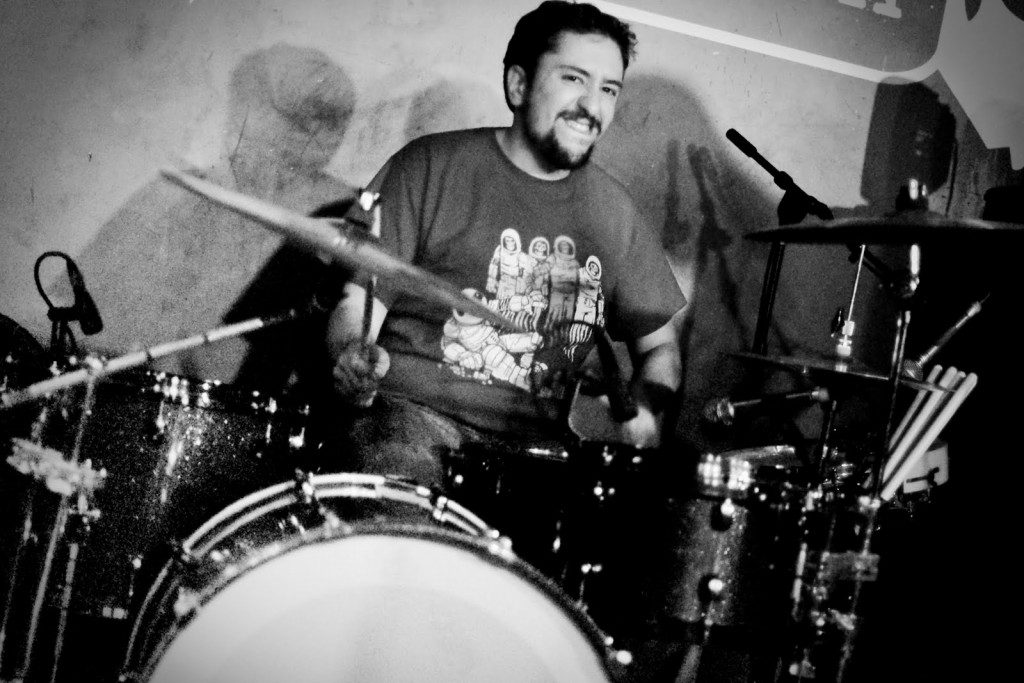 Hello! My name is Alexander Markowitz, and it is a pleasure to get on my soapbox here at Modern Drummer.

One of the greatest influences on my style of drumming is that I am also a committed songwriter and a producer. I write for my band, Stroamata, and I have produced albums for Stroamata, Pause and Flight, Sioux City Kid, and the Revolutionary Ramblers. I took the time to learn how to play guitar (badly) and sing (okay). Taking the time to approach my passion for music from multiple directions has helped me better understand what I could be doing to make the band and the song sound better. By learning to be more than just a drummer, I am a much better drummer.

I am a good drummer. I took my time and learned how to sync in with a metronome to keep my time strong and steady. I struggled to learn my rudiments and four-way coordination, and I am not what some would consider a great drummer. I went to Berklee College of Music and I built my chops studying under the best instructors in the world, but I am not a chop monster. I do not spend hours going to the woodshed practicing my rudiments. I am not a master of drum fills—I like that my drum fills are wild and chaotic. I do not, never have, and most likely never will play four minute long drum solos in the middle of a set. I instead use my perspective as a songwriter and a producer to play what is right for the song, and never something flashy to impress the other drummers in the crowd.

I have also been writing songs since I was a boy, but over the past five years I started taking the process very seriously. I studied songs I loved in the hopes of learning what I liked about them, and why I like them. Then I get a little bit deeper and try to figure out why the songwriter wrote what they wrote. What were they trying to achieve in a particular bridge and were they successful? Of course I cannot get inside anybody else’s head, so I have to leave a lot up to conjecture. When you are in a band you can ask why the song is how it is and what the writer was thinking when they put the song together (in a non-judgmental way, of course).

A good, confident writer should be able to verbalize his/her process to the band, and it will help you figure out what you can play and how you should play it. The worst thing to do is for a writer to just sing a beat to his drummer and say, “That is what it is and it is nothing else but that!” It doesn’t help, but understanding why the songwriter is saying that will help you. Drummers know a million ways to play a million different beats, but your whole approach changes when you know why the songwriter (even if you wrote the song) is trying to do what they are doing. 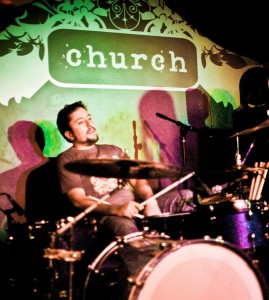 Unlike songwriting, which I think every musician should flirt with, I don’t feel the same about production. Producing is not buying a bunch of cool gear and nodding your head along with the band you are recording and sticking your thumb up when it is good. Producing doesn’t even have to involve gear at all. Producing is all about communication. A producer needs to understand everything that is going on with the song and needs to be able to work with musicians to make their parts serve the song even better than they did before. If you can’t talk to other musicians, if you can’t give and take constructive criticism, and if you can’t be creative without being aggressive, forget about being a producer. But if you are willing to explore your communication skills, then maybe try producing a demo for a friend’s band. It will give you a new perspective on how multiple people, with their own big personalities and big ideas, can all agree with one another in order to actually perform a song together (which is a pretty amazing thing). You will start approaching your own drum parts in a new way now that you have become accustomed to being focused on the big picture.

I am still learning the art of writing melodies, but knowing the melodies of all the songs I play inside and out is one of the most useful things in making a song sound great. Your lightning speed paradiddle isn’t going to mean anything if play over and muddle up the melody. If you know the melody, and can even sing it while playing, you can twist and turn your backbeats to act as a counterpoint to the melodic rhythm and play some pretty cool drum figures in the process. The whole point is to do what’s right for the song by interacting with rest of the band without burying anybody. Knowing the song from as many aspects as possible will help you be the ass-shaking backbone every drummer longs to be. Then, of course, start writing your own melodies and expand your horizons as a musician!

I try not to gush over gear, but I own a ton of kits, cymbals, and snares, as well as a few triggering systems. It’s a lot of fun. I like vintage Premier and Rogers kits. They tend to be a little cheaper than vintage Ludwigs and have an awesome sound all their own. That being said, a Ludwig Supraphonics snare is a must. Boston Drum Center is the best shop in the world and I once spent an entire afternoon there trying out drumheads on a custom kit, and instead of rolling their eyes they were totally into every minute of it, and were also excited about how each drumhead would sound on the same kick drum.

Check out if everything I said above is legit or not, and check out my band Stroamata at www.stroamata.com.

Finally, I have a podcast where I do long form interviews with my fellow indie musicians. Tune into the Rock and Roll Hustle to hear new music and listen to musicians talk music!