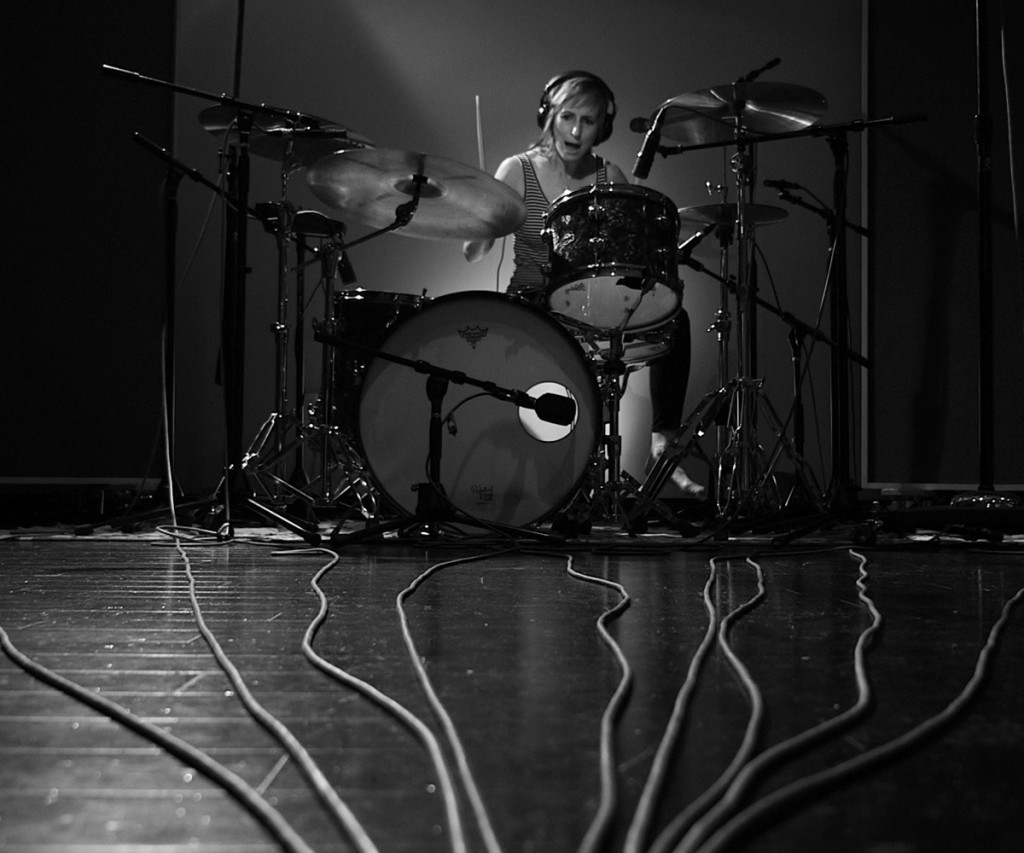 Hola, Modern Drummer readers! I am Nicky Veltman, drummer for LA rock ’n’ rollers the Singles. We put out our album Look How Fast A Heart Can Break back in April 2014. Since the release, we’ve become serious road warriors, playing all over the US, a total of one hundred shows this year. It’s been completely nuts. So for this blog post, I wanted to share a few ways that touring will change you as a drummer and as a person. Let’s hit it—one, two, three, four!

The touring we’ve done has been pretty DIY. The Singles do not have a driver, a sound guy, or a tour manager. Once we get in the van, we’re on our own. It’s not easy. But the more time you spend on the road, the better you get at handling the weirdo obstacles that come your way. Maybe the monitors don’t work onstage during the show. Ok. You learn to sing harmonies without hearing yourself. Maybe you broke your wrist just before the tour kicked off. Ok. Your guitarist/nurse can tape you back together. Maybe there’s a pants-less man stopping traffic in front of your van… pssssh! Being able to adapt is key.

Playing on stage night after night makes you better, faster, stronger—faster. Sometimes we play for two weeks straight without a day off. And drumming for the Singles is intense. That said, never before have I been in better physical shape or has my playing been more solid. When people are watching you, it’s so much different than being in your practice space. There’s real pressure to get things right and to put on a show. Once you’re comfortable with that, your mistakes become fewer and fewer, and you start to take more risks around the drums. “Where the heck did that boom-chik-chik-rat-tat-tat-boom-tat come from”? It’s completely liberating.

Eating a trash plate in Rochester, NY at 3 am will make you grow as a person—literally and figuratively. What is a trash plate? It’s a mishmash of golden brown delights (think hamburger, fries, macaroni salad), all tossed together on one plate. It’s disgusting and delightful. And I would have never experienced it without being 2,000 light years from home with the Singles. Touring will take you well outside of your comfort zone. You’ll meet some unforgettable characters, eat some interesting and regrettable foods, and you’ll become a more kickass drummer. And you’ll probably never be the same as a person. So what are you waiting for? Get out there!

For more on Nicky Veltman and the Singles, visit www.thesingles.us.