On November 23, 2013, Modern Drummer hosted a special evening with the Spin Doctors and drummer Aaron Comess at the Cutting Room in New York City. The night began with NYC radio personality Maria Milito of Q104.3 introducing a Q&A session with Comess moderated by the Slim Kings’ Liberty DeVitto. The sold-out show was filmed, and a short recap of the night is shown here. 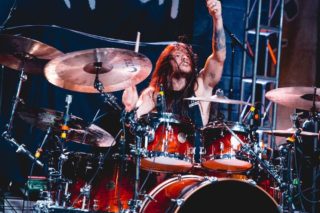 On The Beat with Ruben Limas of Tetrarch: Metal and Memories of Venezuela