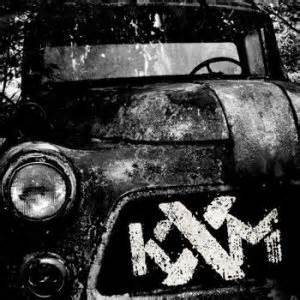 With the flood of so-called super-groups and pet projects out there, KXM is one of the few that holds water. The masterful musicianship is the undercurrent to the mature lyrical content and superbly crafted compositions. Fans of King’s X  will, as usual, rejoice in dUg Pinnick’s super soulful vocals and unmatched bass tone, while followers of George Lynch (Dokken, Lynch Mob) will bathe in his earthy, Hendrix-ian metal guitar grit. And of course it’s the diverse, dynamic, and relentless playing of Ray Luzier (Korn) that will draw drummers to this project. The passion in Luzier’s drumming is immediately felt in the flowing modern rock mix, and his smooth yet deceivingly dense chops are front and center here. Luzier’s precision double bass chops on tracks like “Gunfight” and “I’ll Be OK“ surface when necessary, but it’s his deep groove and hypnotic feel that grab your ear and pull you under. Also, credit engineer Chris Collier for a stellar drum mix and overall production master strokes. (ratpakrecords.com)

For more on Ray Luzier and KXM, go here.