“Big kids” will take the stage at the Hard Rock Cafe in Times Square and raise funds to help some little kids ROCK! 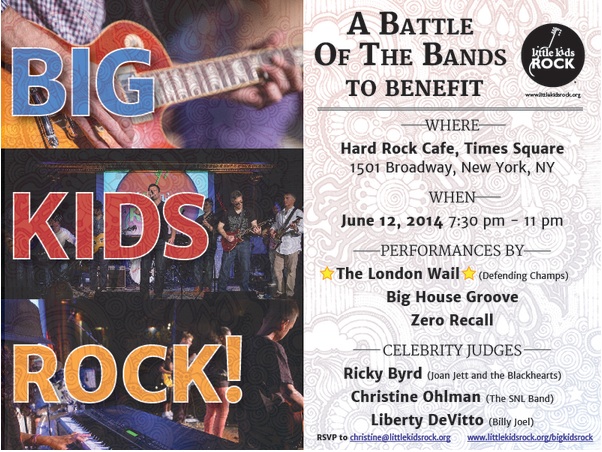