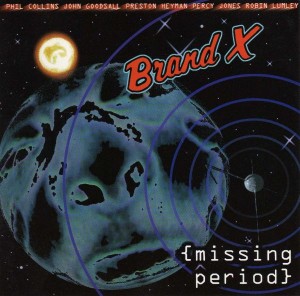 Not that anybody perusing a drumming website should need convincing at this point, but Phil Collins is one badass drummer. Those who first heard Collins during his mid-’80s reign over pop radio could be forgiven for being unaware of the depth of his percussive gifts—though even then, you’d have to have had some pretty stuffed-up ears to be unmoved by his playing on radio staples like Frida’s “I Know There’s Something Going On,” Philip Bailey’s “Easy Lover,” or Band Aid’s perennial holiday goody, “Do They Know It’s Christmas”?

In the ’80s Collins  seemed to be over-achieving like a man possessed. But he’d actually been keeping a remarkably intense schedule since the beginning of the previous decade. During the ’70s, the band Collins became famous with, Genesis,  cranked out album after album of mercurial progressive rock—Nursery Cryme in ’71, Foxtrot in ’72, Selling England By the Pound and Live in ’73, The Lamb Lies Down on Broadway in ’74, A Trick of the Tail in ’76, Wind and Wuthering and Seconds Out in ’77, And Then There Were Three in ’78…. But Collins apparently had even more musical ideas to work out than that group could contain. Put aside for a moment the copious guest appearances he made on records by Brian Eno, John Cale, Argent, Robert Fripp, Camel, John Martyn, Mike Oldfield, and Rupert Hine, or solo records by bandmates past and present, or even the annual, long-running Genesis world tours. Collins also somehow made time for albums and concerts by an entire other band. And not just any band; Brand X was a collection of absolute monster players who were not shy to communicate that fact, on blistering fusion compositions that were just as demanding and sometimes more aggressive than Genesis’s work. There was clearly a fire burning in Phil’s belly around this time, and followers of his drumming were paying rapt attention.

Collins was the sole drummer on Brand X’s debut, Unorthodox Behaviour (’76), as well as Moroccan Roll (’77) and Is There Anything About (’82), and he shared drum duties with, variously, Mike Clark, Kenwood Dennard, and Chuck Burgi on Livestock (’77), Product (’79), and Do They Hurt? (’80). This year Gonzo Multimedia reissued Is There Anything About, an apparent contract filler that suffers from chilly keyboard and drum sounds and a lack of depth. Much more interesting, however, are two other new Brand X releases, Live at the Roxy LA and {Missing Period}. Both titles are factually descriptive: Live was recorded on September 23, 1979, at the famous Sunset Strip club where Genesis had performed a string of legendary shows six years earlier. {Missing Period}, which we’ll focus on here, is a collection of performances recorded before the release of Unorthodox Beahaviour. Both of these are well worth any Collins fan’s attention.

{Missing Period} begins with “Dead Pretty,” which Brand X enthusiasts might recognize as “Born Ugly” from the debut album. This early take is a bit faster and gnarlier than the more familiar version, a trait a few of the tracks here share. As most musicians know, demos—or live in the studio performances, as these tracks are rumored to be (the credits do not specify)—are usually not of the same fidelity as final recordings but sometimes contain a magic that’s impossible to recreate. The early Brand X albums are certainly not short on intensity, so I wouldn’t go so far as to say the tracks on {Missing Period} are preferable to the official versions, but they do cook. Phil’s positively ripping throughout, and he’s already quite in tune with the other players (guitarist John Goodsall, bassist Percy Jones, keyboard player Robin Lumley, and percussionist Preston Heyman, later to be replaced by Morris Pert). Dig those unison figures at 1:16 of “Dead Pretty”—this is the stuff God created fusion music for. Meanwhile, “Why Won’t You Lend Me Yours,” a precursor to “Why Should I Lend You Mine (When You’ve Broken Yours Off Already)” from Moroccan Roll, highlights Collins grooving on a “dropped beat” feel as cool as a cucumber, tossing out quirky offbeat hi-hat accents as only he can. Later, “Miserable Virgin,” which also reappears on Moroccan Roll (as “Malaga Virgen”—clearly these guys couldn’t stop having fun with song titles) features another razor-sharp unison figure, right at the top. And on and on. Such fun.