Sounds of Birmingham: A Community of Music, at the Birmingham (Michigan) Historical Museum & Park, is a year-long exhibit that will explore Birmingham’s musical heritage, past to present. Special emphasis will be given to CREEM magazine (published in Birmingham, Michigan during the 1970s and early 1980s), and its powerful influence on American music culture. In addition, the museum will be featuring the career of Birmingham native, Chad Smith of the Red Hot Chili Peppers. A variety of personal artifacts, photos, and other objects will showcase his ongoing connections to our community and dedication to help others. His talent, determination, hard work, and great love for drumming has brought him broad recognition throughout the music industry, with numerous awards and induction into the Rock ‘n’ Roll Hall of Fame. 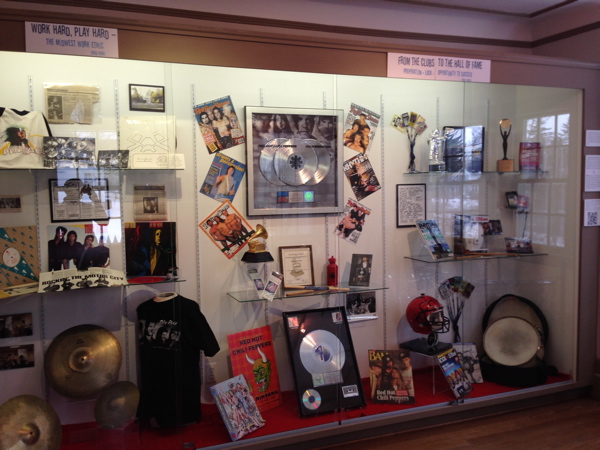