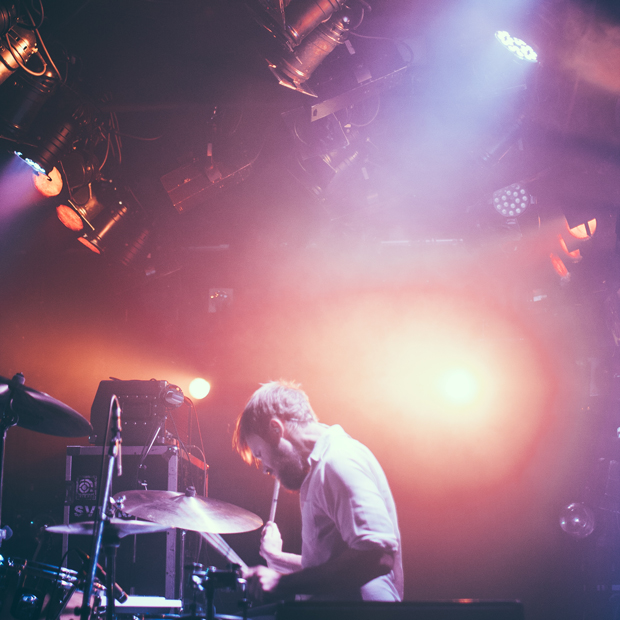 2014 began as an amazing journey in New Zealand and Australia for the Big Day Out festival. Throughout the three weeks spent on the road there, I not only became more confident as a drummer but also as a human.

I grew up listening to a handful of the bands that we shared the road with everyday. Getting to know some of my heroes was inspiring and made me realize we are all just normal everyday people who share a passion for living out of a suitcase, hopping all over the world, and getting on stage every night to do what we do. Camaraderie undoubtedly described the sensation amongst everyone involved at the festival. Seeing those familiar faces every day made for some unforgettable memories, and to watch your friends play is icing on the cake.

Some of my favorite memories from BDO include sitting at the side of the stage with Abe Cunningham watching Primus, and totally geeking out on the Herb’s grooves. Primus also played a sideshow in Sydney, which felt like the most grandiose religious experience of my life. Those guys are incredible musicians with such great chemistry. I also got to know Guy and Dan from Mudhoney, and they taught me the importance of appreciating the lifestyle we have. It’s the life we chose, and to take it for granted just makes it a waste. Near the end of our tour, Arcade Fire threw an after party that became a night of debauchery. While I percussed alongside friends, rhythmic tracks were played, and countless peeps shook their booties into the night. All in all, it was an experience I could never trade for anything and never will.

I am thrilled to still be involved with CSS because they take me to such amazing places where I continue to meet great people. I look forward to continuing my journey because I love to play, and to spend it with such wonderful sisters makes it way more enjoyable. Also, they’re total babes, and when you surround yourself with great looking women, it either means you’re a villain from a bad ’80s action movie or that you’re pretty cool.

Currently, I’m exploring myself as a producer and working on some new projects. I love playing music so much and all I can say is that it is worth it. I come from an incredibly small town, and as a kid dreamed of touring the world. Please keep continuing to dream because you’ll always be happier when you’re chasing after them. Also, remember that the whole point of playing music is to inspire others and to make people feel it.

Lastly, I can’t thank Jared Tredly from the Drum Cartel in Australia and Jake Caldwell of C&C enough for providing me with such great drums to play at Big Day Out. It’s one thing to play drums at a festival, but when they are something you really enjoying beating the crap out of it makes it so much better.