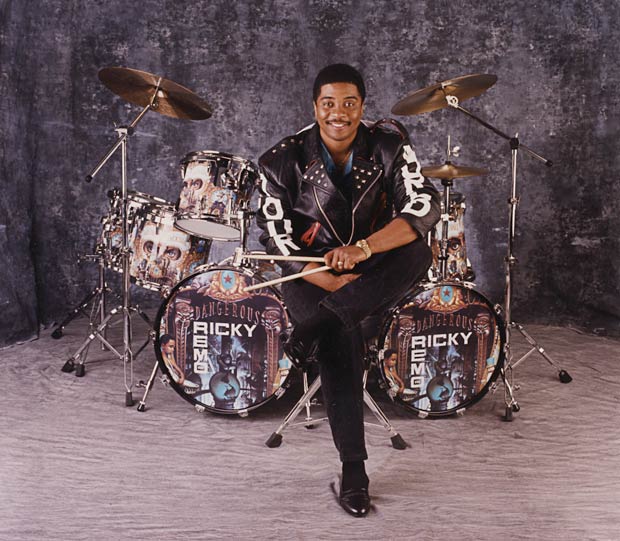 Ricky Lawson, the veteran drummer who worked with Michael Jackson, Steely Dan, the Yellowjackets, Phil Collins, Quincy Jones, and Earth, Wind & Fire, among other top artists, has passed away. Look for a full tribute to Ricky in an upcoming issue of Modern Drummer magazine. In the meantime, here’s an excerpt from Ricky’s July 1998 MD cover interview, conducted by Robyn Flans.

MD: How did you become such a positive individual?

Ricky: It’s just from being out there and seeing how guys like George Duke treat their musicians. This particular cat is incredible—he has the talent, the ability, the background, he’s got it all—but he is one of the kindest guys you’ll ever meet. He always has time for you on the phone or at the house. I went by his house recently and he was there with Burt Bacharach. Here I am, this little egghead from Detroit, sitting up there with George Duke and Burt Bacharach! Those are two of my heroes. Another hero is Phil Collins. Working with him has been an incredible learning experience.

MD: What have you learned?

Ricky: I’ve learned that if you want to be on top, you’ve got to be dedicated and you have to know what’s going on from the top to the bottom, in terms of your staff and your business. Watching Phil deal with musicians, the way he treats everybody, and his emphasis, is enlightening.

MD: What specifically is he looking for?

Ricky: For you to do your job first. Be on time and give him what he needs. He calls you because he’s looking for somebody with integrity, he’s looking for people who get along, and that takes a while to find. Hanging out with Phil, you also learn the Phil Collins school of drumming, which is incredible.

MD: What were the tough parts about the Phil Collins situation?

Ricky: The gig is really not that hard if you have discipline. The tough part is playing a better show than you played the night before.

Ricky: It’s playing the best-feeling grooves you can, having as much fun as you can, and making the band sound good. If the band sounds good, you’ve done your job. Phil Collins wants every gig to sound better than the one before. To a certain degree, you are playing the same songs with the same licks every night, but some nights they just sound better.

MD: What were important early lessons for you?

Ricky: My uncle was a man named Paul Riser, and he was an arranger for Motown. I used to do sessions for him when I was coming up. He was a big stickler on reading. He said, “Hey man, if I take the time to write all this stuff, you’d better be able to read it,” and because I was his nephew, he wanted me to be smokin’. He was on me a lot heavier than he was with other guys. I wanted to do good for him as well as for myself, but mainly for him, because he was the one who pulled me into the situation.