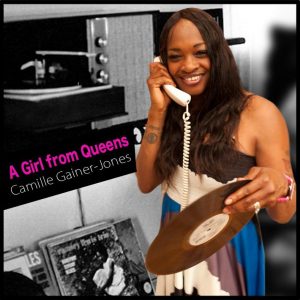 A Girl From Queens

The solo debut by Camille Gainer-Jones, a Steve Coleman, Lonnie Liston Smith, and Roberta Flack vet, sounds like a house party, with instruments and vocals delivering a sometimes raucous blend. There’s an old-school Marvin Gaye buzz, and some tunes sound like 1980s Creed Taylor productions with flute and synth leads and popping snare, kick, and hats. Gainer-Jones toys with the groove on “Changes,” impersonates a programmed beat and rips lightning-fast snare licks on “Boom Bap,” plays feathery snare fills on the 9/8 funk track “I’m From Queens,” and hip-hops the spry 7/4 groove of “Mars Blackman.” Throughout, human voices rise through the mix, either in the form of Gainer-Jones’ composed beats for MCs or her layering of drum improvs onto spoken-word samples. Thoughtful, fun, and well played. (Inner Circle Music) 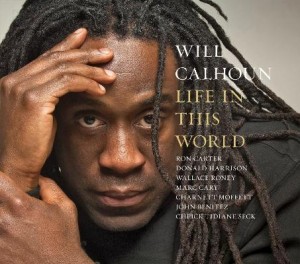 Life In This World

The opening track, a pointed power run, acts as a motivic “head,” and as a declaration: Will Calhoun is not only here to groove and explore, but to speak. Whether he’s slamming hard funk-rock backbeats with Living Colour or swinging a straight four, the wide-ranging Calhoun plumbs the sweet spot every time and shows deep intuition for sculpting sound. Although the scope is sprawling, from bluesy swing to post–Bitches Brew space funk, it’s a thoroughly unified outing. The core pleasure is the trio of Calhoun, keyboardist Marc Carey, and a bass seat shared by Charnett Moffett, Ron Carter, John Benitez, and Alioune Wade. Guest stars include trumpeter Wallace Roney and saxophonist Donald Harrison. The earthy grooves are an organic weave of jazz and funk, with a healthy dose of West African rhythms. Whether Calhoun is wielding sticks or brushes or is fingering an earthen water drum, his unit delivers passion, surprises, and mystery. (Motéma) 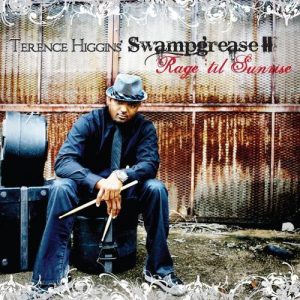 As much as Terence Higgins is going for a laid-back, in-the-pocket sound with Swampgrease II, the Dirty Dozen Brass Band and Warren Haynes drummer also loves to rock, and he can’t resist putting some psychedelic jam in the mix. “Don’t Waste Your Time” features various instruments and voices run through filters, including the snare, which goes from a fat timbale sound in the verse to a drier snap on the chorus. The band revels in the slow grooves, including a Mother’s Finest–like approach to “Does Your Mama Know” and a sultry take on George Duke’s “Chariot.” As bassist Calvin Turner mimics Tower of Power’s Rocco Prestia on “Funny Funk Ha Ha,” Higgins’ approach becomes more linear, without losing conviction. Elsewhere Higgins makes quick work of the riff-fueled “Cobb Salad,” while “Def of Fusion” (cowritten by Adam Deitch) becomes a lesson in dynamics and restraint, thanks to its purposeful drumming. (nimbitmusic.com)