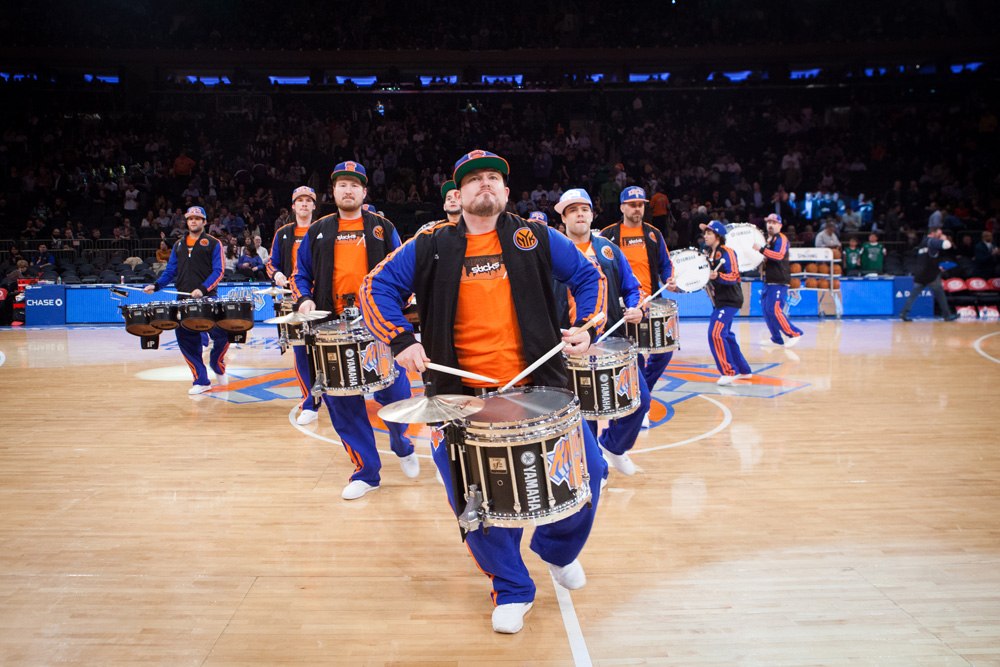 Hello, readers. As a trained percussionist, I noticed after college that there were very few opportunities to perform on a drumline. I also figured that although marching percussion can fire up a crowd at high school and college sporting events, professional sports could use a little rhythmic pizzazz.

Just one year ago, we unpacked a new set of Yamaha marching drums in our rehearsal studio. I established Gallant Entertainment, Inc., to help create custom drumline performances for any event, from a professional football game to a corporate meeting. From the beginning, our vision has been to set the bar for this style of entertainment and to push our performers and the industry to the next level.

After forming partnerships with some of the top companies in the industry, we prepared for our first audition. Since then, we have provided drumline entertainment for the New York Giants, the New York Knicks, and the New York Rangers. This summer we signed on to play for the New York Jets. It has been an unbelievable year!

In addition to performing on the court and on the field, we also play outside the venues before the games; to most of our drummers, interacting directly with the fans is the highlight of each gig. People crowd around, shake their bodies, and clap as we play in the plaza outside Madison Square Garden and weave among the tailgaters in the MetLife Stadium parking lot. 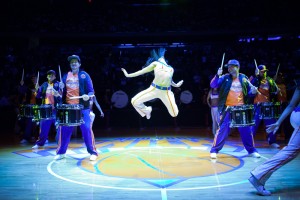 To bring it all together, we built a team with the best designers, choreographers, and arrangers to create original entertainment for each client. After searching for talent, we assembled the best performers to bring the charts and routines to life. In the last year, we have written over forty-five minutes of original compositions for GEI.

The momentum GEI has gained over the last year would not be possible without the help of our partners, which have allowed us to be the vanguard of technological advancement in the drumline world.

Getting a good, clear drum sound inside a football stadium or a basketball arena can be a challenge, so in collaboration with one of our sponsors, Randall May, we adapted their internal microphone systems for drums and marching drum carriers. We use both products to break new ground in the marching genre by wirelessly miking the drums internally, with the help of a mounted DI box, which captures the drum’s true tone and keeps other instruments from bleeding into the sound. This innovation has allowed us to give everyone inside the stadium or arena the same clarity of the drumline as the celebrities sitting in the front row hear.

We have also created a set of custom-built interactive LED systems on the face of our drums, which flash with the beat and enhance our visual appeal.

Despite all the hard work we’ve put into our troupe, we never would have achieved so much without our partnerships with Yamaha, Randall May International, D’Addario, Zildjian cymbals, Evans drumheads, Innovative Percussion sticks and mallets, StickTape.com, Planet Waves, JarED Systems, Pintech USA, Edge Auto Rental, BassMuffling.com, and Bachovich Music Publications.

Thank you, Modern Drummer, for giving me the opportunity to tell the story about Gallant Entertainment, Inc.

For more on Gallant Entertainment, go to GallantEntertainmentInc.com. Photos by Elizabeth Shrier.