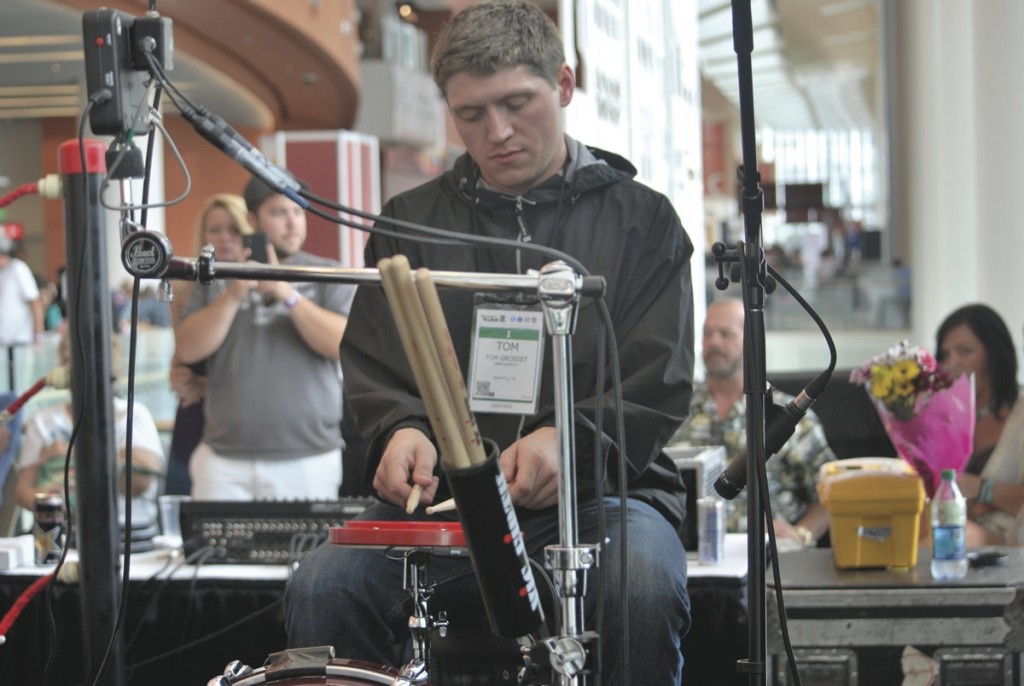 Tom Grosset of Toronto became the second person in history to break 1,200 single strokes (hits) in sixty seconds, at this year’s WFD World’s Fastest Drummer Extreme Sport drumming event held during the Summer NAMM Show in Nashville this past July. Grosset, who played 1,208 single strokes, broke the previous record of 1,203, which was held for over a decade by Dream Theater’s Mike Mangini.

The WFD competition consisted of two categories, Battle of the Hands and Battle of the Feet. The preliminary heats were held July 11 and 12. As a former contest winner, in which he set the WFD sixteen-and-under record of 1,194 singles in sixty seconds in 2007, Grosset was not allowed to compete for prizes.

The top ten fastest hands and top ten fastest feet then stepped into battle at WFD World Finals on July 13. The Battle of the Feet winner was Spencer Dalton of Brandenburg, Kentucky, with a score of 846 singles, followed by second-place Dave Stroup of Dowagiac, Michigan (827), and third-place Dan Laskowski of Windsor, Canada (778). The Battle of the Hands winner was Dave Stroup, with 989 singles in sixty seconds, while Braxton Burke of Langley, Kentucky, placed second (943), and Cameron Monzon of Nashville placed third (860).