Born on June 22, 1947 in Allentown, Pennsylvania, Bob Becker holds the degrees bachelor of music with distinction and master of music (performance and literature) from the Eastman School of Music, where he studied percussion with William G. Street and John H. Beck and composition with Warren Benson and Aldo Provenzano. As an undergraduate, he was also awarded the school’s prestigious Performer’s Certificate for his concerto performance with the Rochester Philharmonic. Becker later spent four years doing post-graduate study in the world music program at Wesleyan University, where he became intensely involved with the music cultures of North and South India, Africa, and Indonesia. As a founding member of the percussion ensemble Nexus, Becker has been involved with the collection and construction of a unique multi-cultural body of instruments, as well as the development of an extensive and eclectic repertoire of chamber and concerto works for percussion.

Yurika Kimura began training on the piano when she was three years old, later adding marimba studies with Atsuko Uno. She majored in percussion performance, piano, and Hammond organ at the Sakuyo College of Music, graduating with a scholarship and an award as the top student in all departments. Her major teachers include Mitsuaki Imamura, percussionist with the NHK Symphony Orchestra, and marimba virtuoso Keiko Abe. In addition, she is a licensed therapist by the Japan Music Therapy Association. 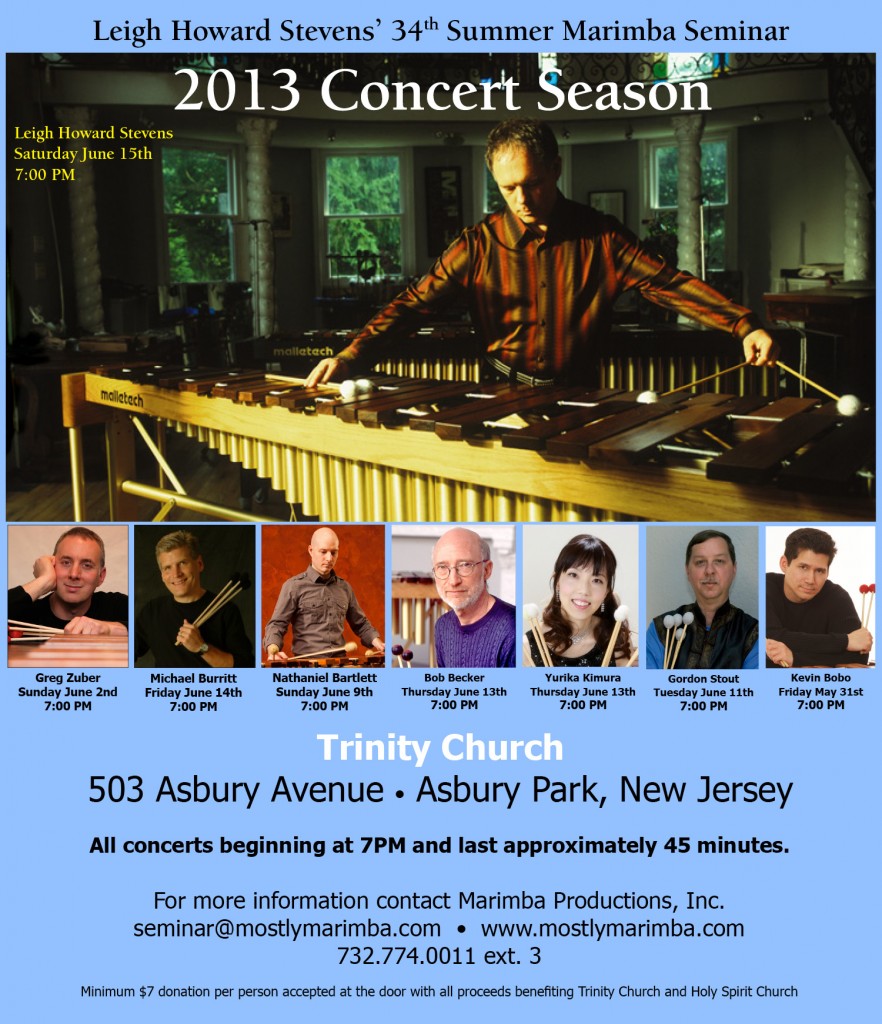