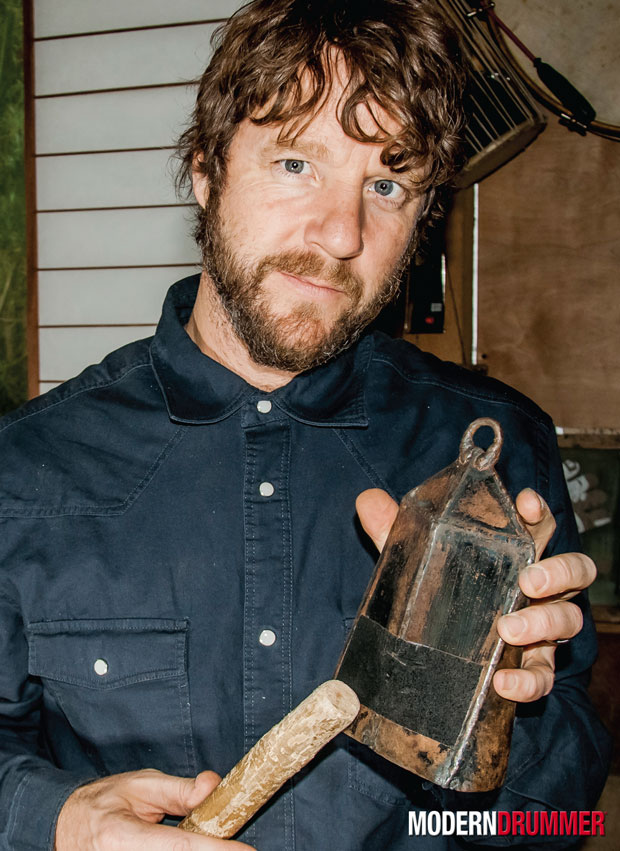 MD: You’ve had a long affinity for vintage drums, often in a mishmash of unusual combinations.

Billy: I have, but right now I’m using [contemporary] Craviotto drums. They’re incredible. I get a lot of expression out of them. They basically represent my philosophy of what certain vintage drums that I’ve liked in the past should be.

My favorite vintage kit that I used to use was an old Rogers Holiday series set. You can hear that on the record Shack-Man. The bottom heads were off, and even like that they really spoke. They were so melodic and had this nuance and subtlety, responding to every little touch. I also used a Jamaican Nyabinghi drum as a bass. That was like my Roland 808 ultra-low sound. It could also have a really high tone to it, depending on the weather.

When the early kits were made, they were more like jazz kits; there was no rock or “studio” drumming. It was a performance instrument. They were more tied to a percussion–sounding approach. They had a lightness and vibrated in a certain way. My drum choices had nothing to do with how expensive the wood was or the number of plies. The less plies the better, as far as I was concerned. The modern drumset evolved—or devolved—and became a more generic thing.

Now Craviotto makes a drum with a single piece of wood. I don’t know how they do it. It sounds incredible, much like the Rogers that I had. That’s the kind of drum that I like. I like it because it rings like a Stradivarius rings. You pluck a note and the whole thing vibrates.

Billy: That was a giant cowbell made by Jackson Krall, who played with Cecil Taylor. He welds all kinds of bells and metal sounds that have hammered-out metal. It has an African-like tone.

My car mechanic lent me a metal cutting tool, and I cut out a long opening and attached a spring inside, creating a springy reverb. I can also use it like a guiro, when playing zydeco, for instance. I can also hit it in different spots and use it as a “snare” or for a backbeat, or scrape it to make a rhythm to complement my beat.

For different gigs I often grab different pieces of equipment. When I get to a gig, I’ll put things in different places. It gives you a sense of trying something new. I never arrange the melodic metal the same way.

MD: Is that about putting a sense of “play” back in playing?

Billy: It’s about that sense of chance—that classical percussion/John Cage thing: using chance along with what you already know.

For more with Billy Martin, check out his feature from the March 2013 issue of Modern Drummer magazine, available now on iTunes/iOS  and Android/Amazon.