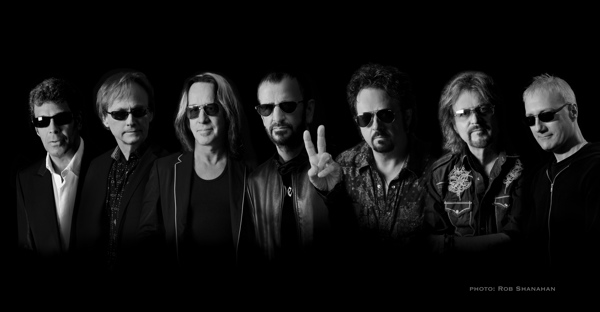 The Tour Concludes In U.S. With Two Dates At The Palms In Las Vegas

Announcement comes on heels of Worldwide DVD Release “Ringo At The Ryman”, featuring this current line up recorded live at the legendary Ryman Auditorium in Nashville on Ringo’s birthday, July 7, 2012

Ringo has been having so much fun with this incarnation of the All Starr band, with whom he just wrapped up a tour in the Pacific Rim including dates in New Zealand, Australia and Japan, that he has announced another leg of tour dates. Ringo and the band, featuring Steve Lukather (Toto), Richard Page (Mr. Mister), Gregg Rolie (Santana), Todd Rundgren, Mark Rivera, and Gregg Bissonette will head to Latin America for 14 shows, with two dates in the U.S., at The Palms in Las Vegas just before Thanksgiving:

This announcement comes on the heels of the UMe Worldwide DVD release, Ringo at the Ryman, a live performance filmed at the legendary Ryman Auditorium in Nashville on Ringo’s birthday July 7, 2012 during Ringo and this current All Starr Band’s summer tour.

On June 12, 2013 The Grammy Museum will launch “Ringo: Peace & Love”, the first major exhibition to focus on a drummer and the first on Ringo.