“We are excited to step-up to this free all-day event, especially in such a prime location,” said Tom Mungovan, founder of NH Drum Festival. “If you came to the first one, you’ll know that we have doubled our participants to thirty-two drummers this year in what should be an amazing show of talented musicians. The drum community has really responded well to our events, and we hope to keep expanding our reach.”

The ages of the drummers range from eight to fifty-four and each will be playing a five-minute drum solo. The competition will be judged by four local professionals, and prizes will be awarded to the top three placers. Thousands of dollars of donations from top drum manufacturers, such as Sonor, Zildjian, Aquarian, Paiste, and Evans, will be raffled off at the end of the day. Freebies, such as t-shirts and key chains, will also be given out to attendees. “Hopefully everybody walks away with something,” said Mungovan.

This is a dynamic time for the organization, as buzz has grown over the past year for Drum Fun, and it has held other drummer-led workshops and is in the beginning stages of developing a television show called Drum Trio Experiments. Taping is done at Nashua airport, in Hangar 83, where three drummers who have never played together before perform drum solos and play off of each other to find a concise rhythmic beat, no matter what genre each of them favors. The episodes will air on local-access channels throughout New Hampshire.

For more information, visit at facebook.com/nhdrumfestival, or click the banner below. To contact Tom Mungovan, email info@nhdrumfestival.com. 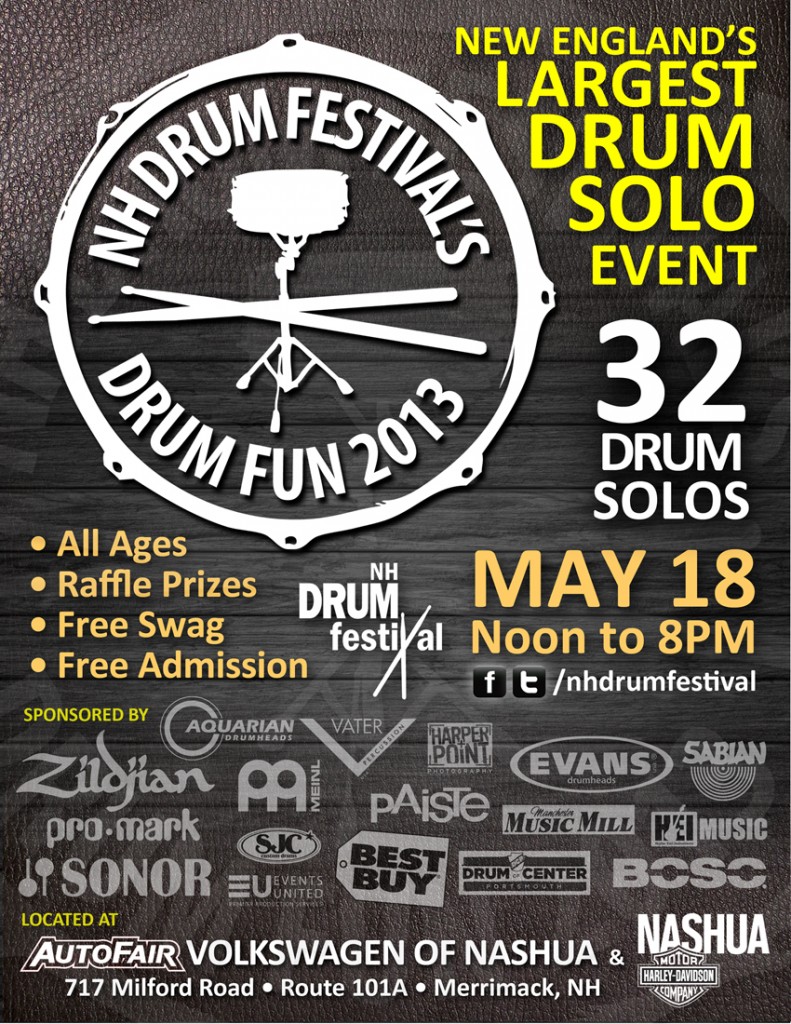