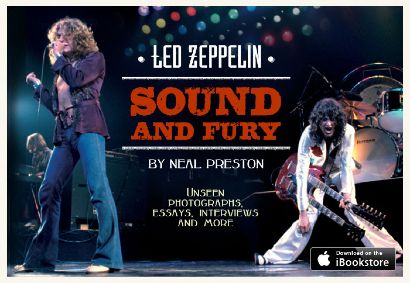 Led Zeppelin: Sound And Fury, an illustrated digital book by photographer Neal Preston, is available for pre-order and will be released exclusively on iBookstore on April 15 for $9.99. The book comes alive with a tap, swipe, or pinch, and provides a comprehensive look into the world of Led Zeppelin.

Neal Preston’s photographs have appeared on the covers and in the pages of magazines and newspapers, books, television shows, feature films, Broadway show programs and billboards, vinyl, and CD and DVD packages. His client list includes the Who, Bruce Springsteen, Tom Petty, Queen, and Fleetwood Mac. His archive, a body of work spanning almost four decades, is regarded as one of the music industry’s most extensive and significant photo collections.

Led Zeppelin: Sound And Fury is available now for pre-order exclusively on the iBookstore for $9.99 here. 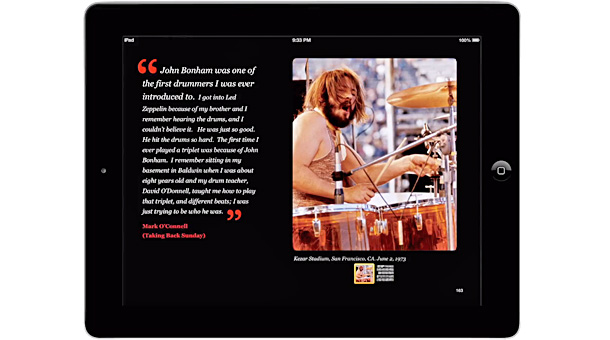