On April 9, between 7 pm and 10 pm, the Cutting Room and Modern Drummer will present “An Evening With Rock Photographer Rob Shanahan,” which will include a gallery show of Shanahan’s work and a book signing. Modern Drummer associate editor Billy Amendola will also premier the video for the song “She Does” by his new songwriting project, Influenced, at the event.

Rob Shanahan is one of the world’s most published photographers in the music industry. His photos have appeared in numerous ad campaigns, CD/DVD covers, books, and magazines around the globe. He is Ringo Starr’s personal photographer and has been working closely with him since 2005, photographing and designing his tour books, DVDs, and records, Y-Not and Ringo 2012.

Shanahan has also been chief photographer for Yamaha Music Corporation since 2003 and has photographed hundreds of Yamaha-endorsing artists. Shanahan’s photographs for Yamaha have appeared in advertising campaigns worldwide and in Yamaha’s All Access publications.

Volume 1, Shanahan’s first published collection of music photographs, was released in December of 2011. Featuring a foreword by Ringo Starr, the book contains quotes from Neil Peart, Edgar Winter, Billy Squier, Tommy Lee, and Joe Walsh. Shanahan got his first drumkit when he was ten and his first camera when he was thirteen and has been a professional drummer and photographer since 1988. He has been performing with Rolling Stones tribute band Hollywood Stones since 1992 and lives in Venice, California with his wife and daughter.

Shanahan will also be appearing at “The Fest For Beatles Fans” on April 5–7 in New Jersey. For more info, visit thefest.com. 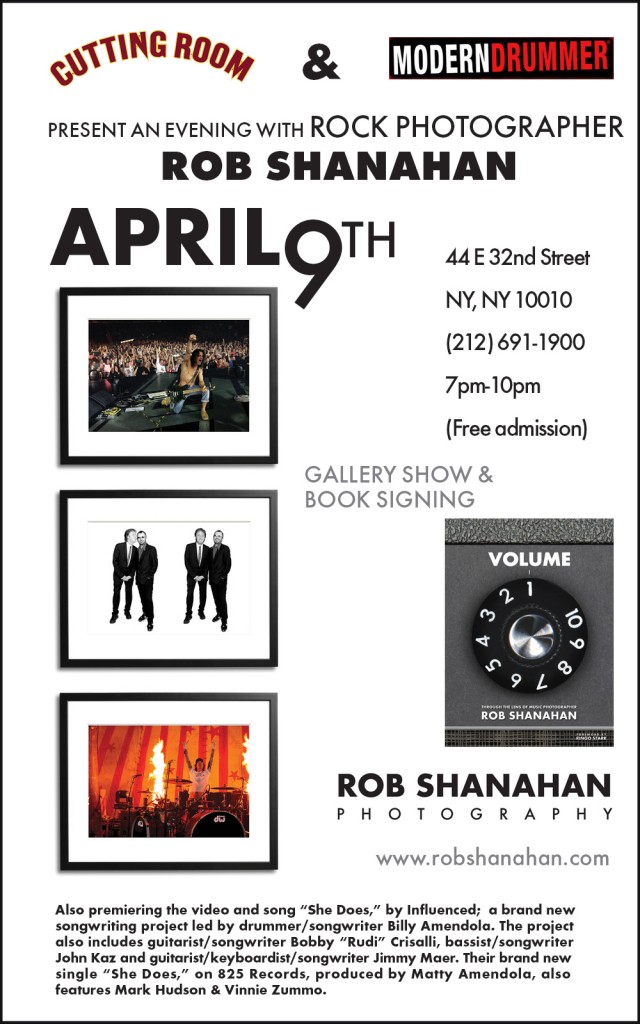