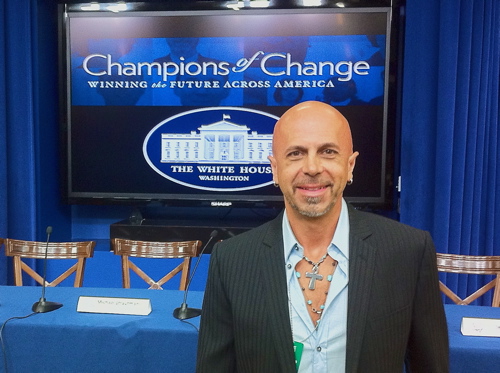 Zoro, best known for playing with Lenny Kravitz, was recently honored at the nation’s capitol as part of the White House Fatherhood Champions of Change & Convening on Engaging Men and Boys. Zoro was among a select group recognized for the important work they do to help shape our culture by promoting responsible fatherhood and mentoring of boys.

President Barack Obama in 2010 announced the creation of the President’s Fatherhood and Mentoring Initiative, which was spearheaded by the White House Office of Faith-Based and Neighborhood Partnerships. Attorney General of the United States, Eric H. Holder Jr., and United States Secretary of Education, Arne Duncan, were among those who encouraged the White House attendees to continue the good work they are undertaking.

For more about Zoro visit: www.zorothedrummer.com.