We Search, We Dig. We have been an active touring band for three years now, and I can’t think of anything else I would rather do.

My parents noticed I had rhythm and was banging on anything I put my eyes on when I was about twelve years old. They bought me my very first drumset for my thirteenth birthday. I had no clue how to set it up or how to play it, so it sat in a storage room for a year. I wanted to start playing drums for my church, so I convinced my parents to let me set up my kit in the basement. I learned from watching other drummers and Youtube videos. I never took a lesson or played for the marching band, but looking back now, I kind of regret it. I know I could be better now if I put forth time and effort when I was younger.

I started touring right out of high school, and I’ve had the chance to tour the world with a couple different groups—my band, the Overseer, and our label mates, Becoming the Archetype. The entire year of 2011, I filled in for BTA and was blessed with the opportunity to tour Europe, Canada, and the States. Playing with them definitely challenged my abilities and made me grow as a drummer.

We’re currently out with the More Than Sound tour, featuring War of Ages, Onward to Olympas, Leaders, and Letter to the Exiles, and this fall we will be doing a six-week, full U.S. tour with August Burns Red! I’m super stoked with everything that’s happening with this band. Go check out the dates on our Facebook page,  and keep up with us on Twitter.  Thanks for your time! 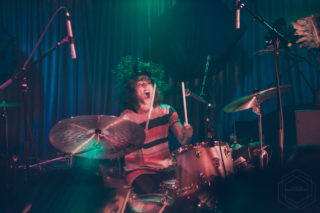 On The Beat with Steph Barker of Coast Modern: Pursuing the Dream 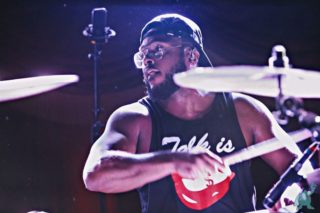 VIDEO! The 45-Minute Practice Routine: Get Organized to Optimize Your Time Behind the Kit (January 2014 Issue)