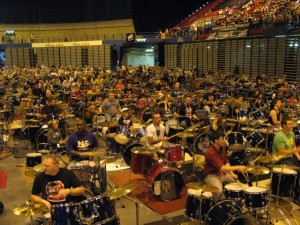 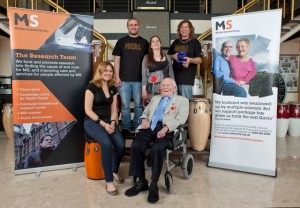 Stick It To MS, an organization dedicated to spreading an awareness of drumming while raising funds for multiple sclerosis research, is holding their next event this coming Sunday, July 15, at the EventCity in Manchester, England. Like earlier events, this one will see hundreds of drummers attempting to break the Guinness World Record for the largest full drumkit ensemble. This involves drummers on full kits playing a set beat in time with each other for five minutes. At SITMS 2009, a Guinness World Record was set by 582 drummers at the National Indoor Arena in Birmingham, England.

This year’s event, sponsored by Natal Drums (Marshall Amplification), will feature a whole host of celebrities together with drummers from Natal’s artist roster. More details on the celebrity and artist roster over the coming weeks at www.stickittoms.com.