This coming June 29 through July 2, Rolling Stones drummer Charlie Watts will be playing the Iridium jazz club in New York City. Watts will perform with his own band on June 29 and 30 and on July 1, and he’ll join the Les Paul Trio in their weekly salute to their late bandleader on July 2. The club is launching an exclusive Charlie Watts presale for fans on Facebook, offering a promo code for a limited number of VIP seats. Go to facebook.com for more info. 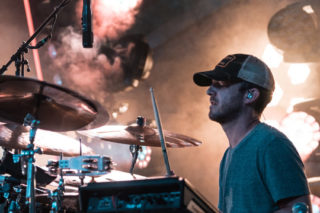 On The Beat with Whit Sellers of Old Dominion: Talks Playing Strategy and Equipment