With Master of Ceremonies Jeffery Helgeson

This year’s clinics include:

Greg Rapp. Rapp, who studied at the Musicians Institute in Hollywood with Joe Pocaro and Ray Luzier, teaches at the Music Room in Palatine, Illinois, and works full time with the band Hello Nuvo.

Russ Mehle. Mehle is a graduate of Musicians’ Institute of Hollywood, California, and has studied with Joe Pacaro, Steve Houton, and Gary Hess. He currently teaches privately, focussing on kids with LD, ADD, ADHD, and Autism. Russ has shared the stage with Government Mule and Dirty Dozen and has played with Colin Baily and with Christopher Barron of the Spin Doctors.

Steve Fagiano. Fagiano’s early experiences include playing snare drum with the three-time national champion Chicago Royal-Airs Drum & Bugle Corps, as well as the Prestigious U.S.M.C. Commandants’ Drum Corps in Washington, D.C. Steve has performed with members of Styx and Ted Nugent’s band and has studied with Steve Smith and Mitch Markovich. In addition to his busy private teaching schedule, Steve is the founder of the Annual Heat Strokes Drum Contest held at McHenry County College. 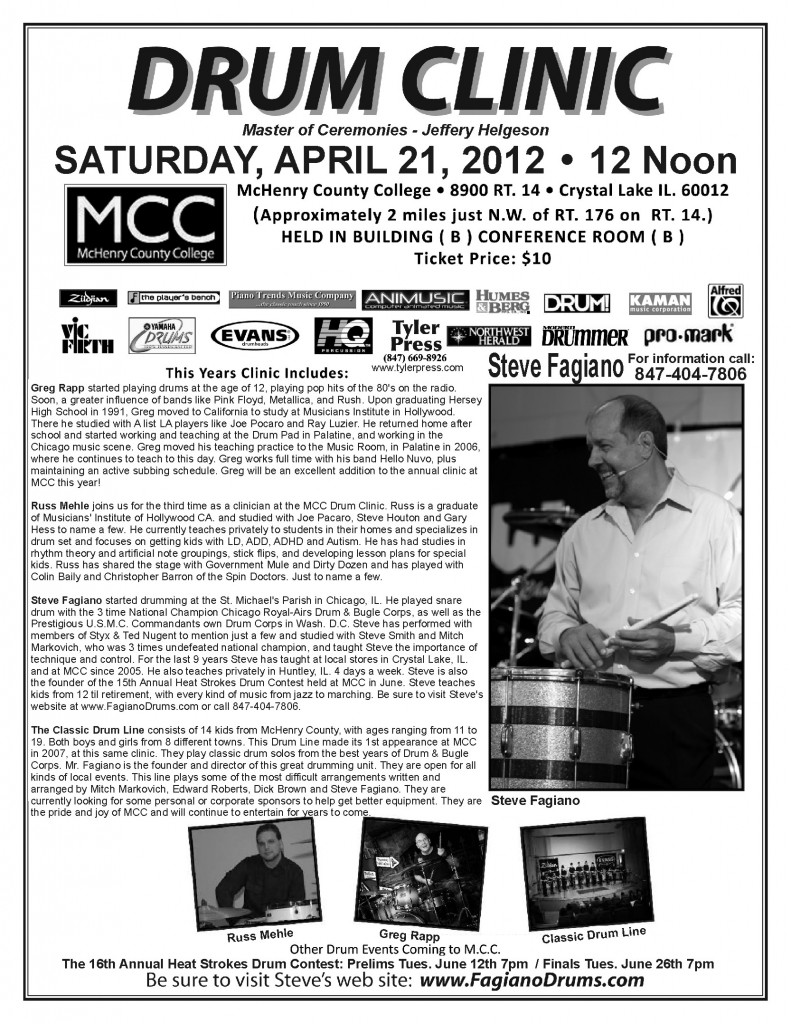