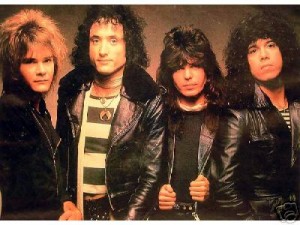 Famously described as the first heavy metal band to top the pop chart at #1 in Billboard magazine, Quiet Riot will rock the stage live at bergenPAC, Friday February 3rd, 2012 at 8:00P.M. Tickets are available at Ticketmaster.com or bergenPAC.org or by calling the box office at 201 227 1030.

So what can an attendee expect from this line-up? If the reviews online have anything to say about it, they can expect to see the energy of MTV style hard rock from the era of long hair, riff rocking, and hard driving drumming that made a generation of teens rebel against their parents, their school, and their authority figures in the way only true rock and roll can provide! What you have is the true representation of what Kevin DuBrow helped create by assembling the band in its infancy and writing songs that will live in infamy.