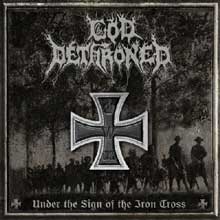 GOD DETHRONED UNDER THE SIGN OF THE IRON CROSS

According to God Dethroned’s official website, the band called it quits following the release of this album, though they still have a “farewell” 70,000 Tons of Metal Cruise gig planned for January 23, 2012. MICHIEL VD PLICHT held nothing back on the band’s ninth and final album, playing with frightening speed and machine-gun precision, which sonically provides a battlefield backdrop to the World War I–themed lyrical content of the songs. The album is very well produced, loaded with brutal riffs, solid song structures and chops, making Under The Sign of the Iron Cross one brilliant extreme metal swan song. (Metal Blade) David Ciauro 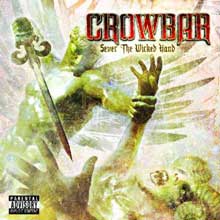 The legendary New Orleans sludge-metal band Crowbar returned in February 2011 with Sever the Wicked Hand, its first release in six years. As we all eventually learn, sometimes playing slowly while keeping up a solid groove is the hardest thing to do on the kit, but TOMMY BUCKLEY makes it sound dead simple. In fact, Buckley’s mastery of a wide range of tempos is apparent on the first three Sever tracks alone. Opener “Isolation (Desperation)” features a perfectly suited mid-tempo groove and tasteful tom rolls. The title track follows with punk-like intensity and syncopated double bass work. Then “Liquid Sky and Cold Black Earth” offers a thick, atmospheric riff that requires Buckley to draw out his groove and tempo control to a tense sluggishness—particularly impressive considering that the aggression of heavier music almost inherently tempts drummers to speed up. (E1) Billy Brennan 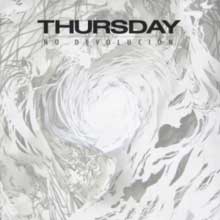 It’s been interesting to witness the influence of shoegazing bands like My Bloody Valentine and Ride on heavy indie acts like …And You Will Know Us by the Trail of Dead and True Widow and new-metal groups like Om and Harvestman. With No Devolución, Thursday’s sixth album (and possibly last—they’re indefinitely on hiatus), the band took the appropriation of chiming, washy guitars, gauzy vocals, and trancelike rhythms to a natural and highly pleasing place. Drummer TUCKER RULE sounds fantastic here, often constructing hooky beats that make for unusual song foundations (“No Answers,” “Past and Future Ruins”) yet finding ample room to add waves of drama within the structures. (Epitaph) Adam Budofsky 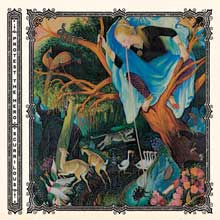 Scurrilous is the third album from Canadian mad-metallers Protest the Hero. As they continue to perfect their unique blend of melodic chaos and syncopated mayhem, it’s impressive to see how the band manages to contain a cacophony of ideas into fairly concise songs by “prog” standards. MOE CARLSON often matches the guitars note for note with frantic stuttering kick work and a barrage of accents, which is what will either draw you to the band…or fry your brain trying to keep up with the changes. For every AC/DC, there’s an equal and opposite reaction, and that’s the appeal of Protest the Hero—the celebration of overplaying with melodic sensibility. (Vagrant) David Ciauro 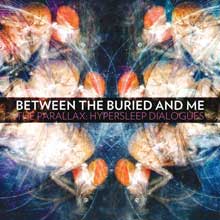 BETWEEN THE BURIED AND ME THE PARALLAX: HYPERSLEEP DIALOGUES

Between the Buried and Me is well known in metal circles for epic-length, operatic songs. It’s not something that’s pulled off easily by bands not named Mastodon, but BTBAM continues to carve a comfortable niche with the Parallax EP. Each of the three tracks clocks in at more than eight minutes and can run the gamut from searing death metal to stuff that sounds like the musical lovechild of Bavarian and Spanish folk tunes and Salvador Dalí’s art; just check out the transition at 6:20 in “Augment of Rebirth.” Meanwhile, opening track “Specular Reflection” sounds more Schoenberg than Slipknot at first, before erupting in metal mayhem. Nearly twelve minutes later, it’s hard to believe it was all one song. Throughout the myriad of stylistic shifts, BLAKE RICHARDSON holds everything together—sometimes with mind-boggling speed and dexterity, and sometimes with open grooves and rimclicks. (Metal Blade)
Billy Brennan 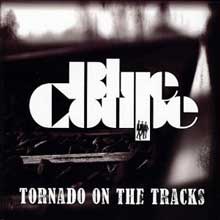 BLUE COUPE TORNADO ON THE TRACKS 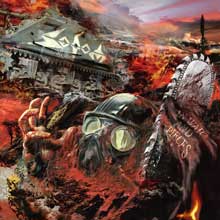 SODOM IN WAR AND PIECES

With thirteen albums and thirty years of metal at their backs, Sodom continues to produce grinding thrash with a social commentary. More than mere chest-pounding aggression, bassist/vocalist Thomas “Angelripper” Such delivers lyrics with his sooty rasp that echo the hardships in the world, and accompanies his tales of injustice with good old-fashioned thrash metal riffage. The drumming of BOBBY SCHOTTKOWSKI, who left soon after this album’s release, had a refreshingly old-school approach to thrash, where he was always noticeable, but never crossed the boundary to the spotlight. (SPV/Steamhammer) David Ciauro 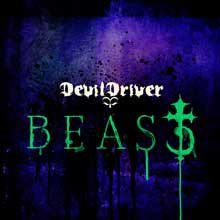 Devildriver’s latest release Beast has a fitting title, as it sets the tone for the next fifty-three minutes of unapologetic ire. Frontman DEZ FAFARA called the album the sonic equivalent of “driving a Buick Skylark 200 miles per hour straight to Vegas.” With that notion in mind, drummer JOHN BOECKLIN is the one driving the driver. The overly compressed production value may enhance the belligerence of the tracks, but the drums sound synthetic, which masks Boecklin’s dynamic capabilities. (Roadrunner) David Ciauro 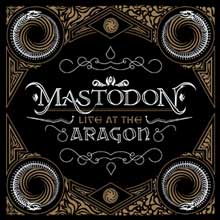 MASTODON LIVE AT THE ARAGON

Live at the Aragon (also available on DVD) finds the Atlanta progressive metal group running its 2009 album, Crack the Skye, with added vigor in the concert setting. BRANN DAILOR sticks to his parts, executing busy but appropriate fills with precision and even singing lead on “Oblivion.” Check out “The Czar,” where Dailor throws down 32nd-note triplet figures across his toms, and “The Last Baron,” a crushing thirteen-minute onslaught of pummeling snare. An assortment of older, even heavier tracks closes out the disc, cementing Dailor’s place as one of the most inventive and hardest-working metal drummers today. (Reprise) Ilya Stemkovsky 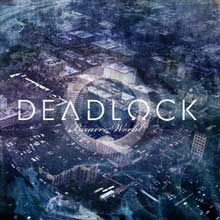 Deadlock’s sound has always been based around conflicting elements—fast riffs and metal beats versus dance grooves and synth sounds; the throaty, aggressive vocals of Johannes Prem versus the melodic singing of Sabine Scherer. Bizarro World seeks to play out this concept even further. The formula isn’t exactly new, but the band pulls it off exceptionally well. TOBIAS GRAF displays his range and sense of what’s appropriate, showcasing double bass chops and the right levels of complexity under the metal sections, while laying down toe-tapping grooves when the songs open up under Scherer’s anthemic vocals. (Lifeforce) Billy Brennan

Goth metallers, rejoice! The ninth studio effort by Cradle of Filth is a relentless onslaught of horror-inspired soundscapes that could wake the most damned of souls. The songs are riff heavy, with theatrical keyboards, chops-laden drumming by MARTIN SKAROUPKA, and frontman Dani Filth’s signature multiple-personality vocals. The drum sounds may be overproduced, but they work within the context of the music and help capture Skaroupka’s creative flourishes around the kit. Cradle of Filth certainly knows how to ride the razor’s edge between devilry and conceptual whimsy. (AbraCadaver/Peaceville) David Ciauro 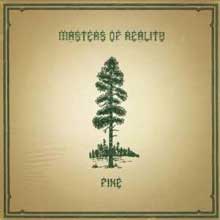 Knowing about the hermitlike Masters of Reality is like being part of a secret society that understands what rock ’n’ roll is meant to sound like. The band’s two halves, Chris Goss (vocals, guitars, bass, keyboards) and JOHN LEAMY (drums, keyboards, guitars), have been periodically pumping out their unique genre-bending musical stylings for almost two decades. Leamy’s drum arrangements are the pinnacle of purposeful and showcase a talent for enhancing songs without vying for the spotlight. Pine/Cross Dover is filled with special guests and displays MOR’s groundbreaking song structures, which will give fans of Queens of the Stone Age, Eagles of Death Metal, and Foo Fighters insight into the musicians that influenced some of today’s most revered rock icons. (Cool Green Recordings) David Ciauro 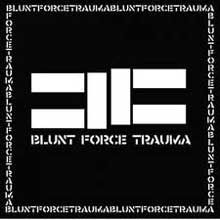 Drummer IGGOR CAVALERA and his brother, vocalist/guitarist Max, reunited in 2010 for Cavalera Conspiracy’s sophomore effort, Blunt Force Trauma (released in March 2011). The album’s title was certainly fitting, as the band unleashed eleven tracks of unrelenting heaviness. On “Torture,” Iggor appropriately supports the two minutes of all-out aggression with brutal punk/thrash beats, while “Genghis Khan” sees the drummer stretching out a bit with more open rock beats, nice hi-hat work, and a sparse and sludgy groove supporting the breakdown. “Burn Waco” features both approaches, with Cavalera laying down an infectiously simple beat that the guitar riff builds on before bursting into faster thrash sections and then coming full circle with catchy guitar/drum interplay in the choruses. (Roadrunner) Billy Brennan