One could argue that no music form highlights the drummer more than funk. The fat grooves, the dirty backbeats, the snap of a tight snare, the syncopated hits with a stellar horn section, the deep pocket against a smooth bass line…you’re probably groovin’ in your seat just thinking about it. Funk music is all about the beat, and it’s no coincidence that many of our most influential drummers have made a name for themselves playing the style. If you want to learn the essence of the style, here are ten classic albums you should definitely check out. 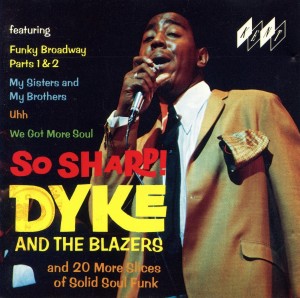 Dyke & the Blazers formed in Buffalo, New York in the late ’60s and got their start as the backup band for the O’Jays. At the time they were considered the funkiest thing next to James Brown. In fact, they were the first band to feature the term “funk” in a song. They scored several hits, and consequently inspired every band that followed. The grooves were put down by former Bill Withers drummer James Gadson, who had a warmer sound than his James Brown rivals Clyde Stubblefield and Jabo Starks. But James was equally tight and brutally funky. Listen closely to this collection of their best cuts, and you’ll notice that the break beat in the middle of “Funky Broadway” sounds similar to “Cold Sweat.” Sadly, lead singer Arlester Christian was gunned down in 1971 at the height of their success. 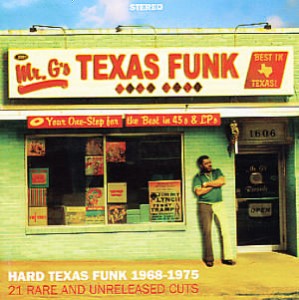 Jazzman Records sought out twenty-one super rare and previously unreleased cuts made between 1968 and 1975 and successfully compiled the definitive anthology of Texas Funk. These tracks are uber rare and about as gritty as you’ll find anywhere. The drumming is right in your face and is highlighted all over this CD. Although soul towns like Philadelphia and Detroit got most of the hype, the drummers deep in the heart of Texas could lay it down like nobody’s business. 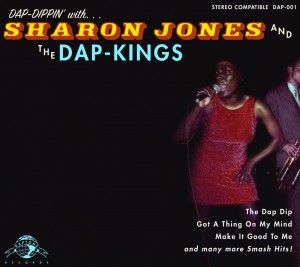 In the late ’90s a new breed of funk bands emerged on the scene that captured the ’60s sound so well, you almost can’t tell it’s new music. The absolute best of these groups was New York’s Sharon Jones & the Dap-Kings. The grooves fit the songs so perfect it’s insane. Drummer Homer “Funky Foot” Steinweiss indeed has not only a funky foot but a sick left hand and a big fat sound. The beat for “Pick It Up, Lay It in the Cut” is one of the absolute funkiest new jams to come around in years. 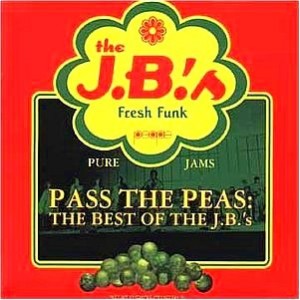 The J.B.’s are basically the James Brown band minus their famous leader. Fred Wesley, Maceo Parker, “Jabo” Starks, and the gang deliver some relentless funk on this collection, and prove that they’re the groove that made the booty move behind Mr. Brown. This stuff is as exciting and powerful as anything you can find from the heyday of soul. 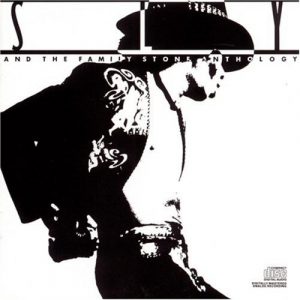 Anthology is simply one of the best hits collections of all time. From the mid-tempo grooves of “Everyday People” to the frenetic energy of “Dance to the Music,” Sly & the Family Stone always had that deep soulful pocket, courtesy of drummer Greg Errico. If you can find any of the band’s live bootlegs, pick them up to hear just how much Errico stretched the band in a live context. An unsung hero in the genre. 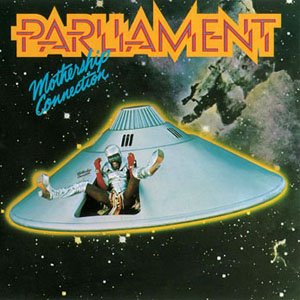 It’s a toss-up between this album and One Nation Under A Groove. Either way you slice it, Parliament laid down some seriously groovy stuff. Their sound was always evolving, but no matter what they sounded like at any given time, P-Funk (which included several ex-JB musicians) personified funk music in the ’70s. Some of the drum patterns were quite simple and bare. In a way, though, this is what made them so interesting: they remained incredibly funky for extended periods of time, even without the flash. 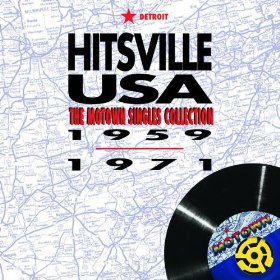 This collection features over one hundred songs from the greatest era of music ever, including Stevie Wonder, the Temptations, Edwin Starr, Marvin Gaye, Rare Earth, and the Jackson 5. Although Motown artists were more soul than straight-up funk, all of their albums and singles were featured the legendary Funk Brothers studio band. The group’s style evolved into a very funky sound, particularly between the mid ’60s and the early ’70s, when producers like Norman Whitfield came into the fold. Take a listen to a song like Edwin Starr’s “Twenty-Five Miles” (played by Uriel Jones), and you’ll be amazed. This dynamic trio of stickmen could lay it down deeper and tastier than just about anyone, and between them they represent three of the most influential beat-keepers of all time. Their moniker couldn’t have been more appropriate. 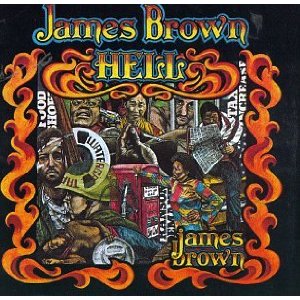 If you have the money, pick up the Star Time box set. It’s a monster collection that spans several decades, and it features all of James Brown’s great drummers. If you don’t have big cash, though, this beauty from ’74 is as fine a place as any to start your James Brown journey. Hell was released in the middle of Brown’s career, and although it isn’t laced with tons of hits, it does feature some incredibly tight and funky drumming courtesy of John “Jabo” Starks. The cross-sticking pattern in the chorus of “Papa Don’t Take No Mess” is the song responsible for the author’s love of funk music—tight, tasty, and what an unbelievable snare sound. 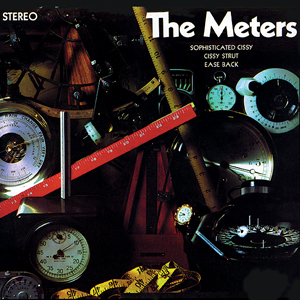 One of the most influential funk bands of all time, the Meters featured the incomparable Joseph “Zigaboo” Modeliste on drums. Zig and bassist George Porter Jr. comprised one of the most inventive rhythm sections of the late ’60s. The band’s first three albums featured some of their best work, and this one, their 1969 debut, is considered a must-have. Put this thing on at a party, and everyone will be on their feet. This New Orleans–based band influenced everyone from James Brown to George Clinton to Galactic and beyond. Not only are the beats snappy and tight, they’re pretty darned tricky to replicate. What’s more, the drums on these records sound perfect—a bit distant, dry, and tight. These guys were the kings. 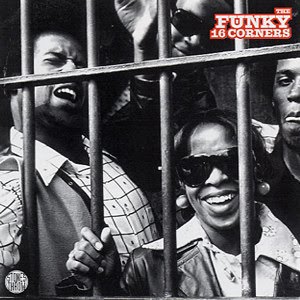 A compilation of out-of-print funk 45s from the late ’60s/early ’70s. The songs will be unfamiliar to most, but this is absolutely one of the dirtiest, grittiest collections of fat beats put together on one album. Numerous break beats, incredibly filthy and thick patterns…unlike any other compilation, Funky 16 Corners captures the essence of late ’60s and early ’70s raw funk. A must-have for every drummer.

The Whitefield Brothers In the Raw (Soul Fire)

Lee Fields Let’s Get a Groove On (Desco)

The O’Jays Back Stabbers (Epic)