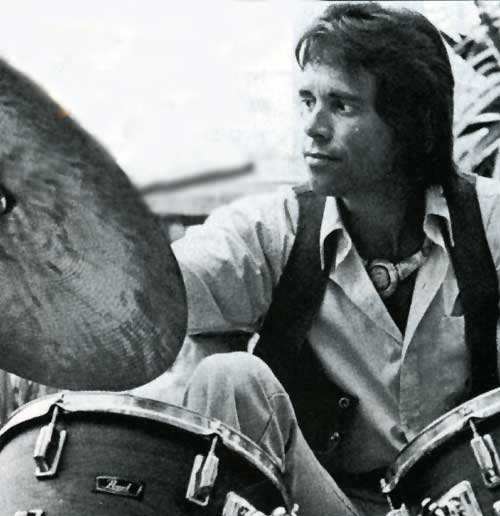 In the 1970s Guerin toured the world with the L.A. Express, a band that he was founder and co-leader of (with Tom Scott), as well as with Joni Mitchell. In addition to his talents as a drummer, he was a skilled composer and producer. He co-wrote “The Hissing of Summer Lawns” with Mitchell and “Don’t Be Blue” with Michael Franks, and won the National Academy of Recording Arts and Sciences (NARAS) MVP award four times. He was also the author of the drum book Jazz + Rock = John Guerin.