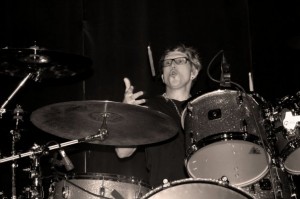 Mark Schulman has been touring with Foreigner all summer and is also on the band’s three-disc set Feels Like the First Time, containing two audio CDs and a live concert DVD. For more, visit www.foreigneronline.com. Also check out Mark’s article “Easy Drum Charts” in the October issue of MD, out now. www.moderndrummer.com/2011/08/easy-drum-charts/.

Kevin Crabb has a new CD, Waltz for Dylan. For more, visit www.kevincrabb.com.

Brian Wolfe is on singer-songwriter Leah Siegel’s latest project, Firehorse’s And So They Ran Faster… For more, visit www.thisisfirehorse.com.

Chad Kinner, who recently toured with Mat Kearney, is on Jon McLaughlin’s latest, Forever If Ever, and is also touring with McLaughlin. For more, check out Kinner’s blog at www.moderndrummer.com. 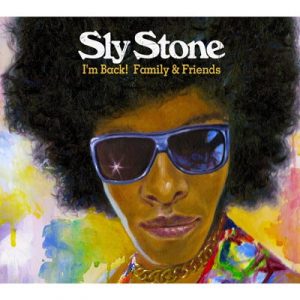 I’m Back! Family & Friends, the first new album by legendary funk master Sly Stone since 1982, features brand-new versions of Sly’s biggest hits with some help from special guests including Carmine Appice. Check out Carmine talking about the CD here: www.slystonemusic.com/news/drummer-carmine-appice-discusses-recording-sly-stone.

Tommy Harding is on Lucy Angel’s self-titled debut. To watch a video for the latest single, visit www.youtube.com/watch?v=QidfMdU8z9Q.

Dylan Wissing is on the Kanye West/Jay-Z album Watch the Throne. For more on Wissing, visit www.indiestudiodrummer.com. 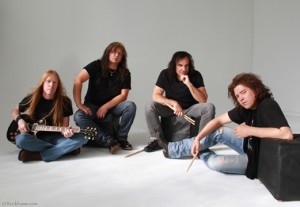 Jean Dolabella is on Sepultura’s CD/DVD set Kairos. For more, check out www.myspace.com/sepultura.

Bonny B is on the latest from Spyro Gyra, A Foreign Affair. Pedrito Martinez is on percussion. For more, visit www.spyrogyra.com.

Here’s something a little different. Guitarist Buzzy Martin’s book, Don’t Shoot! I’m the Guitar Man, is being made into a movie. It’s a true story based on Martin’s three years of teaching music to incarcerated youth at San Quentin State Prison. The book features quotes from Hal Blaine, among others, and has a chapter with Billy Carmassi, Aldo Nova drummer and brother of former Heart drummer Denny. For more on the film, visit www.prodigymotionpictures.com/PRODIGY.html. 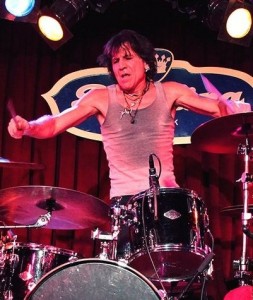 While on a short break from Rock ’n’ Roll Fantasy Camp and teaching at NYC’s Collective, Sandy Gennaro recently finished up a tour with Pat Travers. For more, visit www.sandygennaro.com.

Stanton Moore recently completed a Gretsch clinic/performance tour of Australia. These appearances were part of the Drumscene Live Australia Tour 2011, sponsored by Drumtek. Moore performed in Brisbane, Sydney, Canberra, Newcastle, and Adelaide and finished up at the 2011 edition of Australia’s Ultimate Drummers Weekend & Drum Expo in Melbourne, where he conducted master classes and closed the show. For more, visit www.stantonmoore.com. 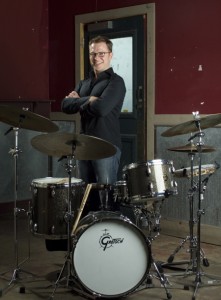 Frank Zummo in on thenewno2’s EP EP002. The band is in the studio working on a full-length record. For more visit http://thenewno2.com. Also, read Zummo’s blog on moderndrummer.com.

Alex Sassaris is on Eve to Adam’s Banquet for a Starving Dog. For more, check out http://clutch.mtv.com/2011/08/05/mtv-eve-to-adam-run-your-mouth-video/. And read Sassaris’s blog at moderndrummer.com.

Tom Breyfogle, formerly of Bleed the Dream and Secondhand Serenade, is on singer-songwriter Cal Ecker’s self-titled debut EP. Watch the video for the single here: www.youtube.com/watch?v=ZppiNpykID0&feature=youtu.be.

Jazz legend Chico Hamilton has released a new album, Revelation, in celebration of his ninetieth birthday. Happy birthday from MD!