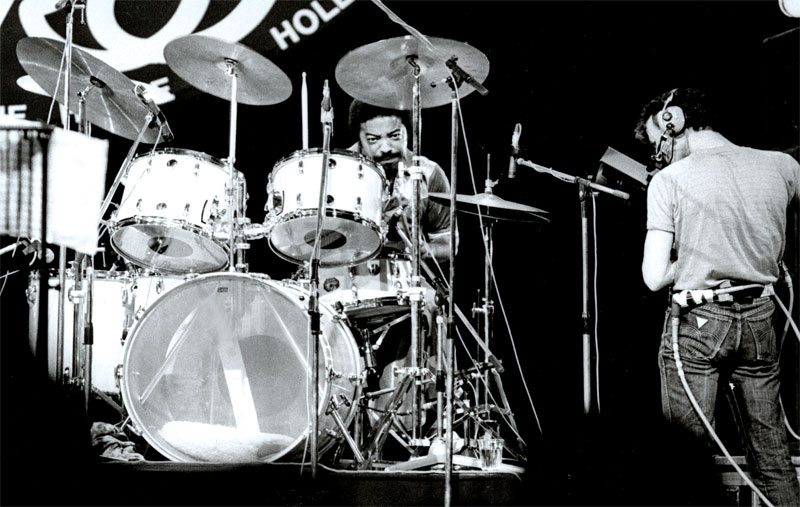 One of the most influential, inspiring, and spontaneous forces in jazz, Tony Williams remains a classic example of artistry transcending technical analysis. In the October 2011 issue of Modern Drummer magazine, writer Jeff Potter explains Tony’s genius and influence, while in the following MD Online exclusive, Living Colour drummer Will Calhoun shares his own insightful memories of the late, great drummer.

The first time I met Tony Williams was at the Gavin radio-industry convention in San Francisco in 1989. Living Colour had just begun to tour on our first album, Vivid. The rest of the band had already left the hotel for the convention, but I was running late, so I took a taxi. While exiting the taxi in the rear parking lot of the convention center, I witnessed Tony changing out of a cool leather jacket and into a suit jacket, so I ran over and introduced myself. I thanked him for his contributions to music and drumming, and mentioned how much his drumming had impacted my entire approach to the kit. He said he was very impressed with my drumming on Vivid and talked about the importance of Living Colour in the music Industry. After we spoke I had a picture taken of Tony and me; I still have that photo in my studio.

The next time I had a chance to hang with Tony was on a Zildjian Day tour of Northern England and Scotland. The tour featured Tony, me, Vinnie Calaiuta, and Keith LeBlanc. This was after Tony had switched to DW drums and began playing with his Quintet. Watching Tony play every day was the highlight of the tour for all of us. I particularly remember seeing Vinnie watch Tony backstage from behind his kit. These shows were amazing.

One evening Tony approached me and said that he wanted to start a rock band with a proper singer, two guitar players, a bass player, and possibly a keyboardist. He wanted names and contact numbers of musicians I thought would be suitable for his concept, so I gave him some options. A few months later he called me in New York and thanked me for the contacts. He basically used all of the musicians I’d recommended, and they began to rehearse. However, Tony had one more jazz record obligation for his label. Unfortunately, shortly after recording that album, and before he was able to complete his rock project, he passed away. It was terrible shock to everyone. 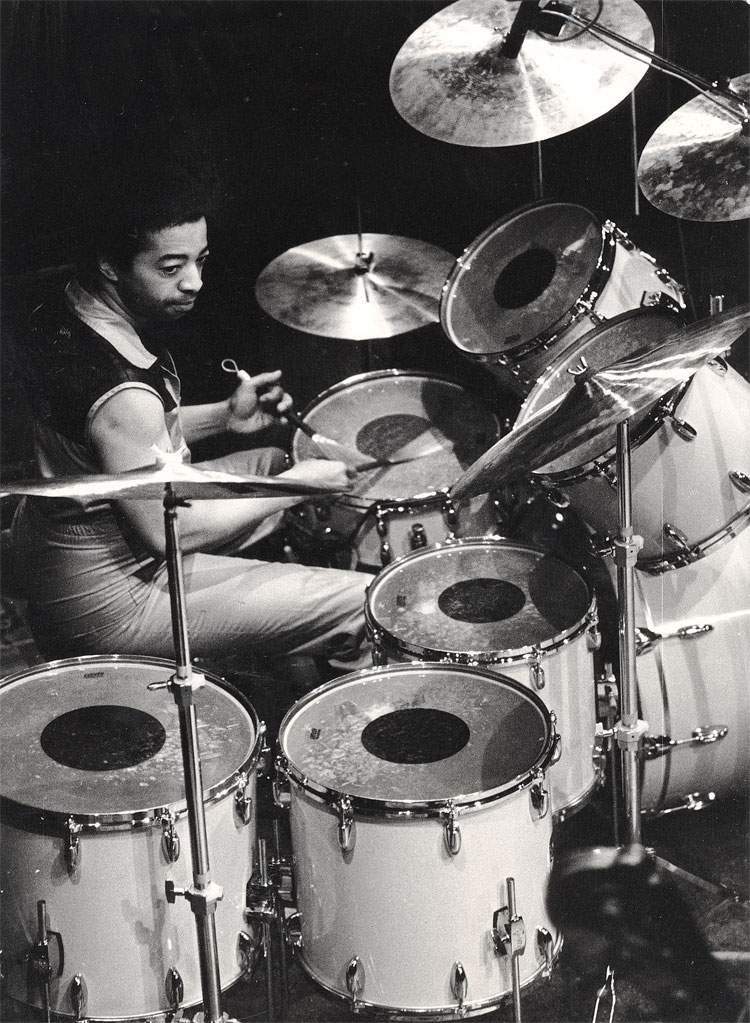 The last time I saw Tony, I was with Jack DeJohnette. Jack and I were in New York, recording at the same time but in different studios, and we made plans to see Tony that night at Birdland. Each of our recording sessions went overtime, so we both ended up a bit tired. Jack called me to cancel on meeting him at Tony’s gig, and I agreed, saying that I was tired as well.

After I hung up the phone, I realized I’d made a bad decision—canceling on seeing Tony Williams would be insane. So I decided to call Jack back and tell him I was going to go. But when I reached for the phone, it rang before I picked it up. It was Jack, who simply said, “I’ll see you at Birdland in thirty minutes.”

When I met Jack at Birdland, we began laughing about our drum telepathy. We sat at the center table, and ten minutes later Tony Williams walks over and says, “What are you two motherf*^%ers doing at my gig”? We all laughed at that. Now, I knew that Tony and Jack had had a strained relationship in the past, but Jack told me earlier that he and Tony had gotten a chance to talk and put all the bad vibes behind them. It was great to see them both laughing and talking about Miles, music, cymbals…. That evening was an invaluable experience for me, hanging out with two of my drum heroes…priceless.

The Tony Williams Lifetime was a very important band in the history of both jazz and rock music. I’ve always loved playing and studying both genres, and Tony was the best rhythmic mediator, combining these styles in an intelligent, extremely skilful manner. Tony had the technique of a jazz drumming master and the sound and groove of a rock legend, and Lifetime created a new genre of music—the best example of the direction I wanted to go in creatively. The entire band was tight and grooving, and the production of these records still sounds amazing.

Tony completely influenced my drumming. During my years studying at Berklee I used Remo CS Black Dot heads on my six-piece kit, top and bottom, just like him. I wanted that sound. You can still hear the influence of Lifetime on my work, such as my most recent recording, Native Lands. In fact, Lifetime is a brilliant sound palette to assist any musician in their creative endeavors.