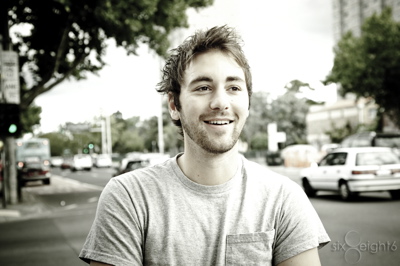 I play guitar and sing in Kill Kurt Reifler, a two-piece rock ’n’ roll circus of sorts. I write songs as a drummer (which is the instrument I really play) and translate the rhythms I hear in my head to the fret board. All of our sound is focused on the 1 and being able to get our songs on that train track, which is, in our case, a really heavy backbeat. Since we have no bassist, the drums have double duty in a sense. The beats need to be thicker and fatter to sure up the feel of our tunes.

I’ve always tried to play the weirdest drums available. I started with a Ludwig Rocker five-piece. I spent the best times of my life banging that kit. I wouldn’t sell it for anything. It’s my church. As a kid, I would prop pots onto an extra snare stand I had, detune RotoToms so that they sounded awful, and used the trashiest cymbals I could get my hands on—my favorite was a no-name China I got for thirty bucks at a music store in Florida when I was in high school. Eventually it cracked, as I kept doing my Billy Cobham impersonation on it…then it sounded even better.

When our band reunited in Thailand after taking a couple years off from playing together, it made sense for us to get some crazy old drums. We’d been traveling around and tinkering with bizarre percussion instruments all over Southeast Asia. (You can see me being introduced to this wild marimba-meets-drumkit contraption by clicking on the link below.) First, we got the bass and snare—two wooden drums, at least four years old. My cymbals were brought into rotation (a couple of old Zildjian hats and a dingy old ride). And that’s the whole kit: two cymbals and two drums, with the occasional appearance of a floor tom.

Likewise, the album was made in a pretty dirty and stripped-down way. We recorded the whole deal in three days inside this funky old warehouse of a studio in Melbourne, Australia. The takes were live and we tried to let the sound of the room, with its high ceilings and industrial metal beams, really affect the music. The drums echoed, as did the guitar, which really allowed us to get some natural reverb. We also incorporated some clapping and weird percussion throughout the recording, including crumpling paper up, knocking beer bottles together, rattling chains, and shaking this metal sheet that sounded like thunder.

Most of all, though, it was the kit that created our sound. We love our drums. Without them, our music wouldn’t have a spine.

For more on Kurt, go to www.killkurtreifler.com. And to watch a video of Kill Kurt Reifler’s recent trip to Vietnam, during which the band drew much inspiration for their approach to percussion, go to www.youtube.com/watch?v=aKP1jpmXiJ0.