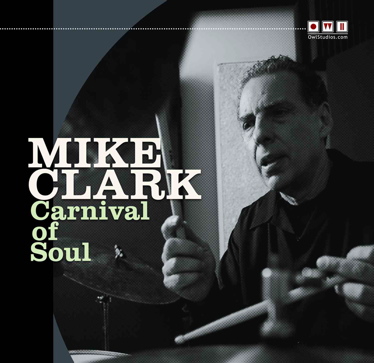 A big shout-out to my MD fans, and thanks for stopping by. Last year’s Blueprints Of Jazz, Vol. I (Talking House Records) was honored by Downbeat as one of the best CDs of the decade. While that put a big smile on my face—it was a fantastic project, and the music was killing—I am now looking forward to my new release, Carnival Of Soul, on the Owl Studios label.

This is predominately an organ record. I’ve wanted to make a recording in this genre for a while, because the Hammond B3 was a major part of my learning experience. I logged in years of bandstand time on organ trio gigs—in fact, for three years while I was in my early twenties, I had my own organ trio in a club in California, playing four nights a week plus Sunday afternoons. Once word got out that I had a natural flair for playing on organ gigs, I got calls from most of the California organists or their cohorts. Since then I’ve been fortunate to play with many of the top organ legends in the world. The B3 is a powerful instrument with a big sound that offers the musicians the opportunity to play hard—as far as the groove and improvisation goes, no holds barred. I decided to document my way of dealing with this type of playing on Carnival.

I am very particular when it comes to music. I’m not political and I don’t care what circles you run in or who you have played with—but you gotta swing, get real funky, and know the different blues styles to be in my band. Swinging and getting funky are prerequisites, otherwise I can’t play with you. I don’t care for the light, intellectual, or straight-time thing. To me, if you can’t play the blues convincingly, you can’t play jazz—it’s not about chops, that’s for sure!

The musicians I chose for this endeavor all fit the criteria. I used three different organists: Jerry Z, Delbert Bump, and Jeff Pittson. I have a long history with each of these artists, so musically there is a certain understanding going on. I also chose a truly great tenor player, Rob Dixon, who has deep roots in every period of jazz, blues, and heavy funk. Rob has studied all the masters, but he has a voice all his own and great listening skills, which is so important. My music—actually, all great music—should be totally conversational, so we have a great back-and-forth as we share this knowledge, and there are no constraints due to a lack of vocabulary.

The same goes for Jeff Pittson, who is a great jazz pianist and organist. He played on my CD with Paul Jackson, The Funk Stops Here, featuring Kenny Garrett. His knowledge of harmony and history allows him to write interesting and challenging music. As far as playing, he is one of the best there is. And he has great chops!

Delbert Bump and I actually went to high school together and made our bones in many California organ lounges as kids. He can get real funky and makes the organ shout and holler in the traditional style, but he also has his eye on the future. He is unpredictable—which I really dig—and can play anything he hears. He’s truly an original.

Jerry Z has been playing in my bands for years, as well as with the Head Hunters, and is also a wonderful writer. He’s one of my all-time favorites, and I personally think he’s one of the finest organ players in New York, which is saying something, trust me. His bass lines are so developed and modern, and there is never a delay in the time. He can even play Paul Jackson’s bass lines, while comping or soloing—I don’t know anyone else who can do that!

I was fortunate to get both Steve Homan and Rez Abbasi to play guitar. Steve is a hard-swinging, naturally gifted guitarist who’s played for many years with Jimmy Smith—so he knows what goes when it come to organ trios. A fantastic player and one of the most in-demand guitar players I know, Steve can play anything and does.

Rez Abbasi is a very popular guitarist in New York; his fluid lines and spirited search for coming up with new ways of looking at things is refreshing and a prerequisite to making a mark in today’s music. Another total original! Rez always swings hard and explores new possibilities that capture my attention and intrigue. He is also a boxing fanatic, as I am, so we talk about the fights all the time, which is as much fun as playing.

Speaking of blues, I added Delbert McClinton to the mix. I played in his band for about a half a year when I was seventeen, and he always brings it on the real side. He sings a deep blues-soaked rendition of “Cry Me A River” that makes you want to cry a river—he is and has been one of the greats for a long time, and once again he outdoes himself. This is one of my favorite tracks on the CD.

Last, but never least, Lenny White appears on a tune we both wrote called “Catlett Outta The Bag,” our tribute to Big Sid Catlett. Lenny opens with mop mop, which was Sid’s lick that Max Roach made famous, and we take it from there. Lenny made history big time with Chick Corea during the same period that I was with Herbie Hancock, and we have been friends for many years. He is one of my all-time heroes and one of the greatest musicians I know, and that includes Herbie, Tony, and many other great jazz musicians that I have spent time with.

I hope you enjoy my music on this outing, where I played some of the styles that appeal to me and that I have a real connection with. Once again, thanks for dropping by.

For more on Mike Clark, go to www.drummermikeclark.com. Carnival Of Soul is available for purchase at owlmusicgroup.com/catalogue/?a=125.