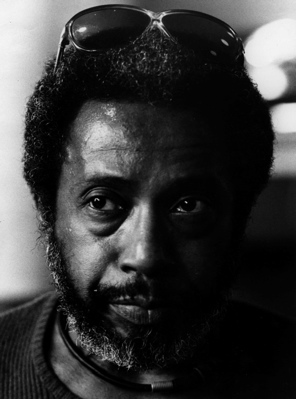 Charli Persip was born in Morristown, New Jersey, in 1929, and began playing on the fertile Newark, New Jersey, jazz scene after graduating high school. Following a number of rough tours on the infamous Chitlin’ Circuit with musicians like blues man Brownie McGhee, Persip focused on modern jazz, landing a regular gig in New York City with Tadd Dameron—replacing Philly Joe Jones—and eventually finding fame as the drummer in Dizzy Gillespie’s band in the mid-’50s. An incendiary performance by that group can be heard on Dizzy Gillespie At Newport.

Later Persip played with Sweets Edison, followed Buddy Rich into the Harry James Band, wrote a book called How Not To Play Drums (Hal Leonard), and played alongside Elvin Jones on the Coltrane drummer’s own Out Of The Cool album.

In the ’60s Persip reinvented himself somewhat, playing demos, working with dancers, backing R&B greats at the famous Apollo Theater in Harlem, and broadening his style to include avant-garde work with players like Archie Shepp and Roland Kirk. In 1966 he joined Billy Eckstine, with whom he stayed until 1973.

A well-known drum teacher, Persip has been a member of New York’s Jazzmobile program since 1974, taught at the New School in Greenwich Village, and was the head of the jazz ensemble at Queensboro Community College. Currently he is associate professor at the New School For Jazz And Contemporary Music in Manhattan and continues to lead his own Superband.