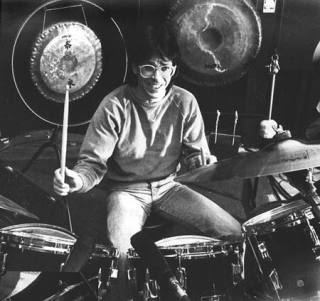 Jeff Porcaro was born on April 1, 1954, in Hartford, Connecticut. After moving to California with his family, he took an interest in drumming at an early age and began studying with his dad, Joe, who remains a well-known studio musician and teacher. World-renowned for his enormous list of sessions, Jeff Porcaro is also remembered as a co-founder of Toto, a band comprised of six of the most in-demand studio musicians in the world.

Tragically, Jeff Porcaro suffered a heart attack and died on August 5, 1992, after an allergic reaction to a pesticide he was using in his yard. (An autopsy revealed a serious heart condition that had been previously undiagnosed.) A memorial concert was held at the Universal Amphitheater in Los Angeles in December of that year, with an all-star lineup that included many of the legendary musicians Jeff had recorded with. His many fans will never forget him or the countless classic records he made.