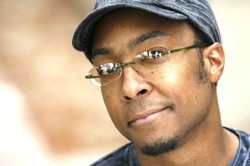 Here’s a quickie for MD Online readers. Just wanted to throw a couple things out there. I’m about to find myself back on television again, playing in the house band on The Bonnie Hunt Show. Bonnie is an actress whose career has spanned multiple mediums, from television to film to talk shows to theater. She’s incredibly sharp and one of the fastest people I’ve ever had a conversation with, so don’t you dare engage her unless your brain is firing on all cylinders.

Bonnie’s show is very interactive, and everyone from the crew to the producers to the writers to the band could be involved at any given moment. Look for her on NBC starting September 8.

The yet to be named house band is led by long-time film and TV composer Nicholas Pike, and also features Mike Nelson on horns, CheChe Alara on piano, B3, and keys, Reggie “Mr. The Legend” Hamilton on bass, and myself, Nate “Diggity Dawgg,” on drums. Musically, the band’s sound leans towards swing. We’re basically a miniature big band. When you tune in, keep your ears open for us paying homage to Louis Prima, Count Basie, and Gene Krupa.

In other news, if you happen to be in the greater Singapore metropolitan area September 13 and 14, stop in on the second annual Singapore Drum Festival. This year I’ll be performing with Rafael Moreira from the Rockstar house band, as well as Corey McCormick (Chris Cornell) and the one and only Storm Large. We’re performing in various incarnations at multiple times during the event. It should be pretty darned amazing!

That’s about the size of it. I hope everyone’s great.