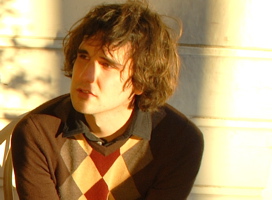 The hum of bells in a monastery; the human heartbeat. The cosmic vibration of aum. Rhythm is what creates our existence, and what keeps it interesting.

Music was an important part of my childhood. Some of my earliest memories are of family parties, playing bongos with blues musicians in their jam sessions. They would compliment my father, a studio cellist, on my perfect time. I didn’t know what they meant; I was only having fun. In department stores, on road trips, anywhere music was playing my dad would ask my sisters and me, “Who’s this? What band is this?”

If none of us knew, we’d guess The Beatles.

It was a good primer for me. From then on, when I heard something unfamiliar but catchy, I would want to know the name of the band, who was playing what, where they were from, and how they came to be.

In my teens, I discovered the untapped resource of thrift stores. Family Thrift on Grande Avenue had a whole room, its walls covered with wood-grained contact paper and filled with bookcases, bins, and stacks of records. One bookcase was filled with little bins of cassette tapes. I found The Rolling Stones’ Aftermath, old Joy Division and Bowie records. I found a cassette recorder, the type used in ’80s courtrooms. I would walk around the high school and the town with my friend Sean with this little recorder on at full volume. Its little two-inch speaker would be screeching Thrift Store tapes. We didn’t have iPods. Portable CD players were too expensive. We used the cassette-corder; it worked for us.

This utilitarian principle has held true since then. Some drummers want to talk about the details of their kit, the sound of their cymbals, the brand and vintage of their pedals. I play a Yamaha Stage Custom kit. It’s a basic setup. I don’t sleep with my kit. We work together. I’ll play it until it dies. I’ll do the same to its heir.

I’ve been in Port O’Brien for two years now. We all grew up on the Central Coast of California, and knew each other through the local musical community. The last year has seen us touring throughout the US and Europe. Our first full-length studio album, All We Could Do Was Sing is coming out May 13. With such a grueling pace recording and touring, I feel so lucky to travel and play music with friends. We keep each other sane on the road.

I’ve been affected by the frantic explosions of Keith Moon’s arms swinging, the structured chaos of Mitch Mitchell, the minimalism of Maureen Tucker’s eternal rhythm, and the idiosyncratic genius of Brian Eno. These are only four names on a long list of musicians that have changed the way I comprehend music.

The prime influence on my drumming is life: my family, friends, the hum of the city, the buzz of insects, the clicketty clang of the workplace, stampedes, traffic, rivers, cluster bombs in Iraq. This world has been drumming on its own forever. I’m just adding to the beat.

For more on Joshua Barnhart and Port O’Brien, got to www.portobrien.com.